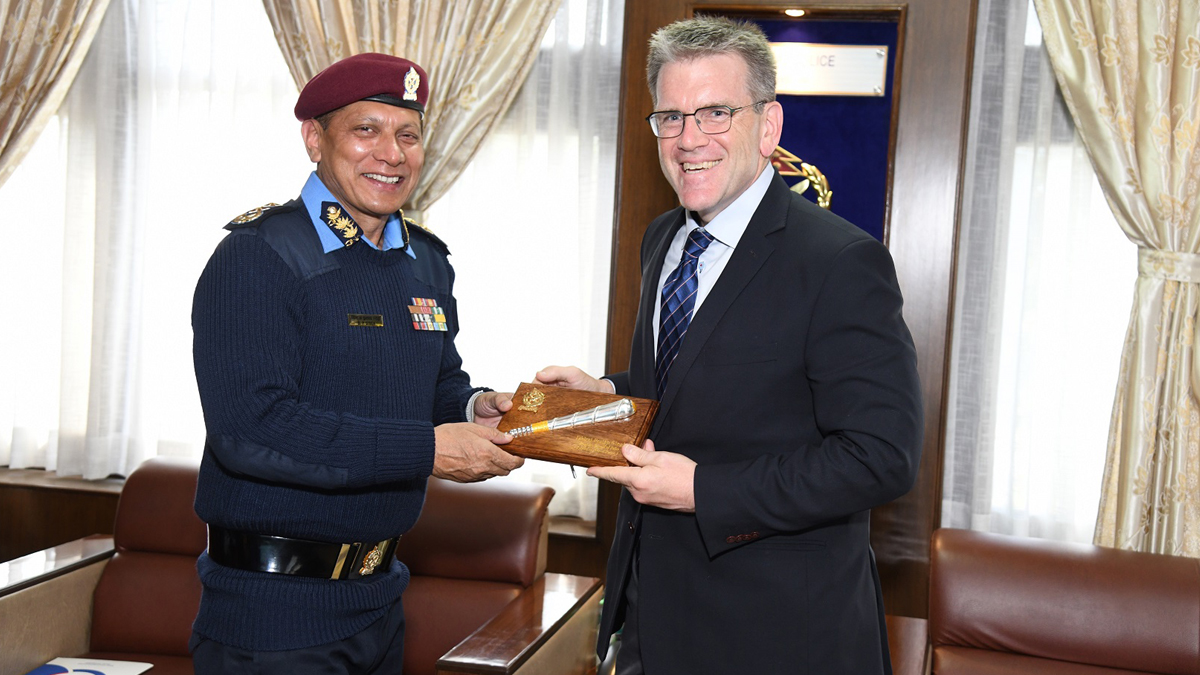 In the meeting, issues of mutual interest and mutual relations between the two sides were discussed.

Similarly, on that occasion, American Ambassador Thompson praised the role played by the Nepal Police in making the general elections, held on November 20, a peaceful, fair, and fear-free environment.

He expressed the commitment of the US government in producing skilled manpower in the Nepal Police by supporting the development of technology, control of cybercrime, and women and children in addition to the provision of training.

In response, Inspector General of Police Singh expressed his gratitude for the support of the US government to the Nepal Police. He also expressed the belief that such cooperation will continue in the future and that mutual relations will be smooth.