US announces additional $400M in security assistance for Ukraine 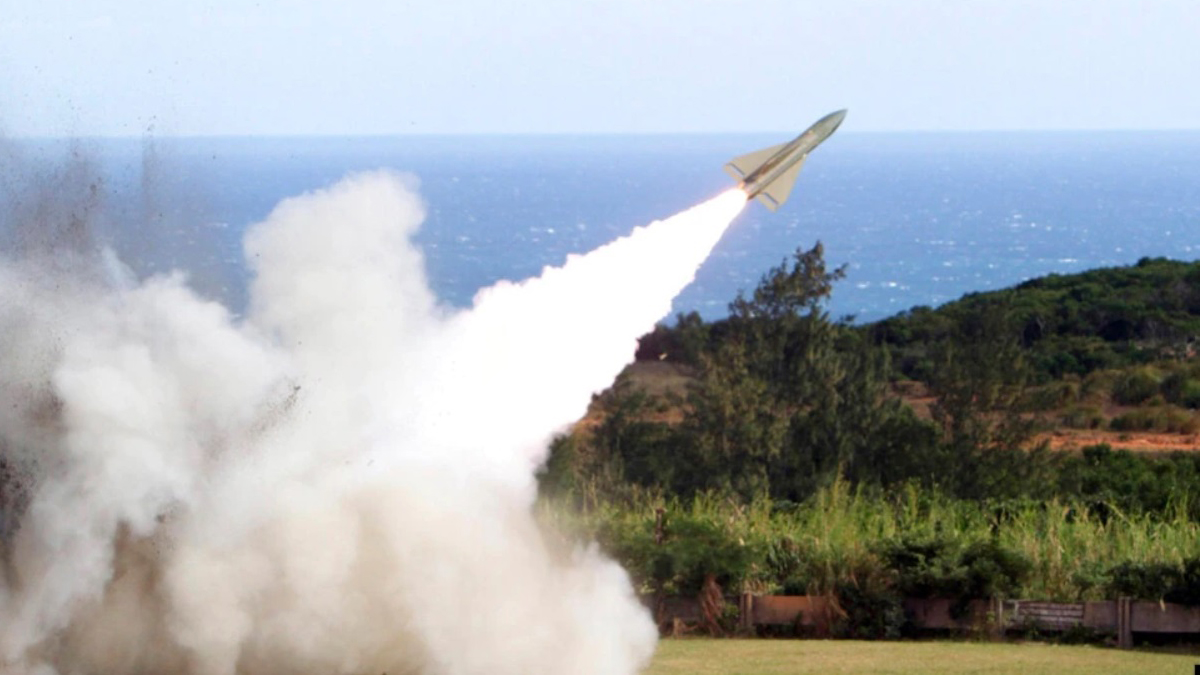 A HAWK surface-to-air missile is test-fired from Jeoupeng military base in Taiwan, Jan. 18, 2011. Refurbished HAWK missiles, T-72B tanks and other weaponry are part of the $400 million in security assistance headed for Ukraine, U.S. officials announced Nov. 4, 2022. (Photo: AP)

The United States is providing about $400 million more in security assistance to Ukraine as the fight against Russia’s invasion enters its ninth month.

The Defense Department said Friday that the latest package “underscores the continued U.S. commitment to supporting Ukraine by meeting their most urgent needs, while also building the capacity of Ukraine’s armed forces to defend its sovereignty over the long term.”

The U.S. now has committed more than $18.2 billion to Ukraine since the beginning “of Russia’s unprovoked and brutal invasion February 24,” the statement read.

“I am grateful to President Biden, the U.S. Congress and the entire American people for the continued and vital assistance,” he said.

“We fully intend to ensure that the resources are there as necessary, and that we’ll get votes from both sides of the aisle to make that happen,” Sullivan told reporters during a briefing.

Some Republicans have indicated they would try to scale back U.S. aid to Kyiv if they win control of the U.S. Congress in the November 8 elections. Last month, Kevin McCarthy, the top Republican in the U.S. House, said Americans should not “write a blank check” for Ukraine.

Meanwhile, the Netherlands said it would spend nearly $45 million on T-72 tanks, as it cooperates with the U.S. and the Czech Republic on a shipment of 90 modernized Czech tanks. Ukraine also received the first batch of BMP-1 armored vehicles from Greece. Zelenskyy thanked Greek President Katerina Sakellaropoulou for the aid.

In a tweet, the Ukrainian minister of foreign affairs, Dmytro Kuleba, thanked the Czech Republic, the Netherlands and the U.S. for their joint decision to provide 90 T-72 tanks to Ukraine.
Earlier, in an interview with VOA White House Bureau Chief Patsy Widakuswara, John Kirby, White House National Security Council spokesman, said the U.S. “is working in lockstep with the Ukrainians.” He said Washington and Kyiv talk almost daily about Ukraine’s military capabilities, what is needed and what Washington can provide for them.

Kirby said the U.S. is looking at providing more advanced capabilities to help Ukraine knock down the drones and cruise missiles the Russians are firing at civilian infrastructure.

“We are also working with allies and partners of some 40 other countries [who] are contributing security assistance to Ukraine. France, Spain, Germany have been real big contributors with respect to providing some additional air defense capabilities,” Kirby said.

Kirby also told VOA it was encouraging to hear that Russians do not want a nuclear exchange.

“We hope that they actually mean that, because we agree that a nuclear war should never be fought. It certainly can’t be won,” he said. But, he added, Washington is “judging them” not by what they are saying but by what they are doing on the ground.

He was referring to Putin’s mobilization of more than 300,000 reserves and Moscow’s “sham referendum” in Ukraine to politically annex ground it could not occupy militarily, as well as to Russia’s seeking help from countries like Iran and North Korea.

Meanwhile, the Kremlin signaled it was withdrawing from Kherson, a region strategic for Russia for westward expansion. The Russian flag has been removed from Kherson’s city council building.
Russian President Vladimir Putin publicly endorsed the evacuation of civilians from parts of Ukraine’s southern Kherson region on Friday, the latest sign of Russia’s retreat in one of the most bitterly contested areas in Ukraine.

In recent weeks, Russian-installed officials in Kherson have evacuated tens of thousands of civilians from the city and surrounding areas while pro-Kremlin media members have reported that withdrawing Russian troops carried away bronze statues of 18th-century Russian commanders and have moved their headquarters 50 miles to the southeast.
Russia may also be ready to shoot its deserting soldiers in Ukraine, according to the British Defense Ministry’s daily update on Russia’s war on Ukraine.

“Due to low morale and reluctance to fight, Russian forces have probably started deploying ‘barrier troops’ or ‘blocking units,’ ” Friday’s intelligence update said. “These units threaten to shoot their own retreating soldiers in order to compel offensives.”

The tactic of shooting deserters, the ministry said, “likely attests to the low quality, low morale and indiscipline of Russian forces.”

Zelenskyy accused Russia of continuing to draft men to fight in Ukraine despite announcements that the mobilization was over.

“The truth is, in the regions of Russia and on our occupied territory, they continue to collect people to send them to death,” he said Friday.

The Ukrainian president said Russia is “simply lying to people that the mobilization task” has been completed.

U.S. Secretary of State Antony Blinken met Friday with several of his international counterparts — French Foreign Minister Catherine Colonna, German Foreign Minister Annalena Baerbock and British Foreign Secretary James Cleverly — in Germany. They discussed “continued transatlantic cooperation on a number of key issues, including consistent support for Ukraine in the face of Russia’s brutal war of aggression” and “Iran’s military support of Russia and its violent crackdown and suppression of the Iranian people,” according to the U.S. State Department.

Speaking to reporters in Muenster, Germany, Blinken said Russia had destroyed about 40% of Ukraine’s energy infrastructure, including thermal energy plants that provide many Ukrainian homes, schools and hospitals with heat when temperatures can drop to 20 degrees below Celsius.

“President Putin seems to have decided that if he can’t seize Ukraine by force, he will try to freeze it into submission,” Blinken said.

Zelenskyy has asked local authorities to “ensure that there is no unnecessary use of electricity in all cities and communities of Ukraine.”

He also appealed to energy companies to “be more active in explaining to people when and why you disconnect this or that street, this or that district. Now is the time for such micro-communications. People have a right to know.”