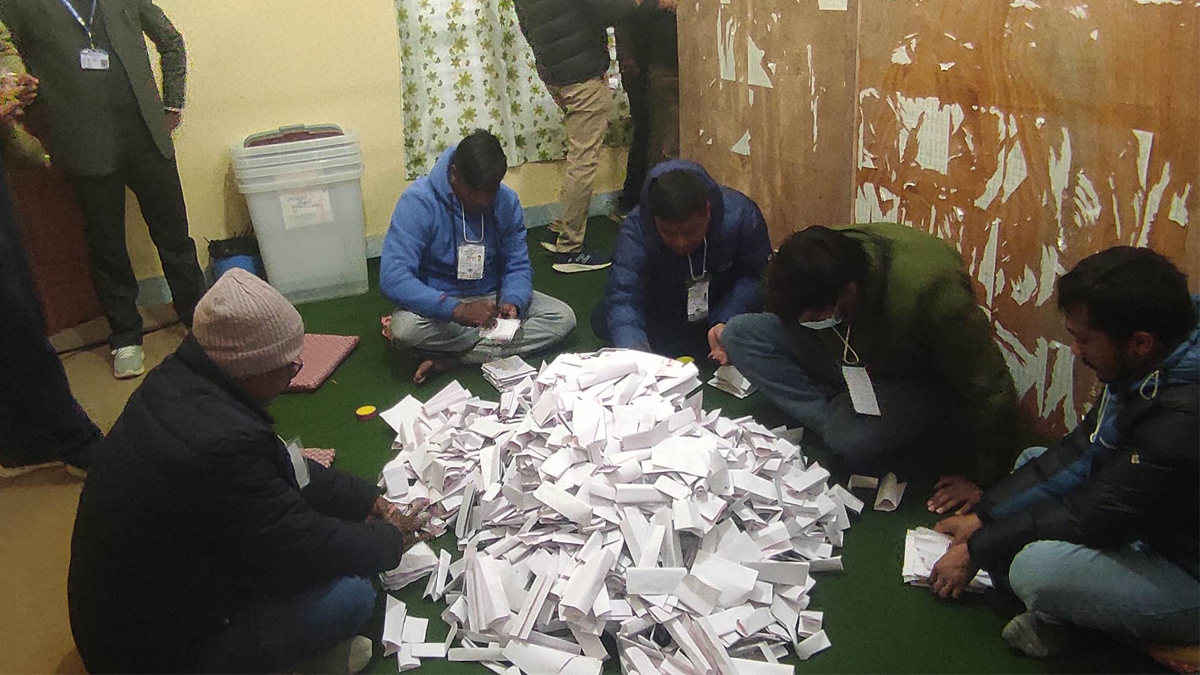 Vote counting under the election to the Member of House of Representatives and Province Assembly held on Sunday is to start from 1pm today. An all-party meeting decided to this effect. The ballot boxes from all the polling centres in the district have been collected and the all-party meeting has agreed to start counting the votes from 1 pm, said Chief Election Officer, Bharat Lamsal.

Similarly, the district will elect two members to the Province Assembly and eight candidates are vying for the posts.