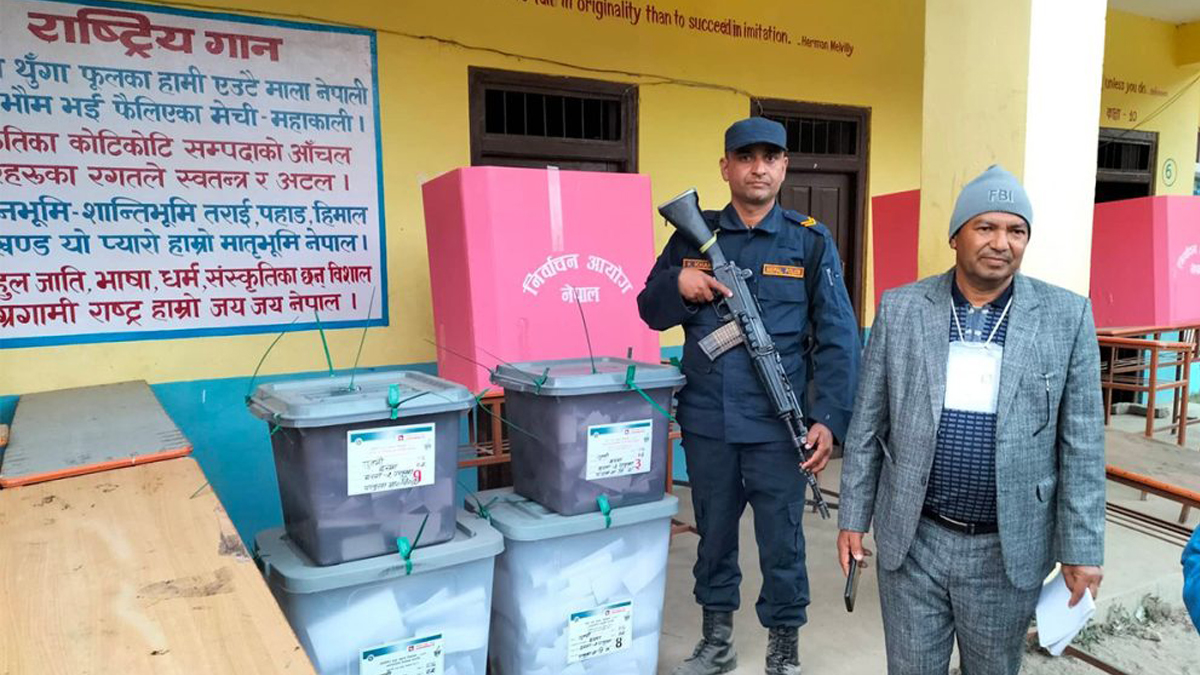 The voters’ turnout remained around 60 percent as per the preliminary report of the Election Commission (EC).

The voting that started from 7 am today to till 5 pm for the elections to the House of Representatives (HoR) and provincial assembly are over and the details of the turnout continue to arrive, the EC said.

Voting was conducted in a peaceful and enthusiastic manner across the country, sparing some general incidents, according to the EC. Although the designated voting time is over, the voters who have already entered the polling centres or are within few yards of the centre can cast their voting.

In Madhesh Province, voting was conducted in all polling centres without any postponement.

The voting process was obstructed in some districts such as Bajura, Surkhet, Taplejung, Nawalparasi (Susta Purba), Gulmi, and Dolakha after disputes between the political parties and the candidate hopefuls ensued, the EC stated.