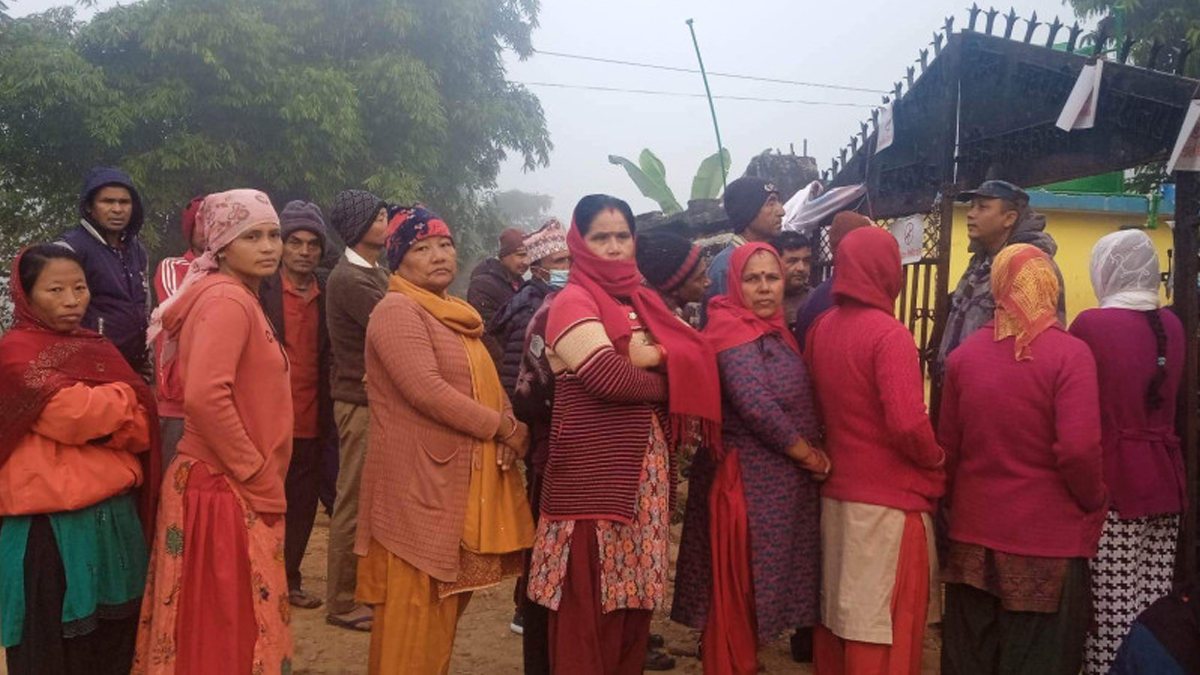 Voting for the election to the Member of the House of Representatives and Province Assembly is in progress at Devchuli Municipality-4 in Constituency No 1 of Nawalparasi (Bardaghat- Susta East).

The voting at the Shanti Shrijana Basic School polling center at Devchuli-1 was suspended on Sunday. Chief Election Officer of Nawalpur, Umesh Prasad Luintel said voting would be continued until 5 pm today. He added that vote counting of Constituency No 1 would be started this evening itself after the voting is concluded.

There are 980 voters at this polling center. Security has been tightened at this center.