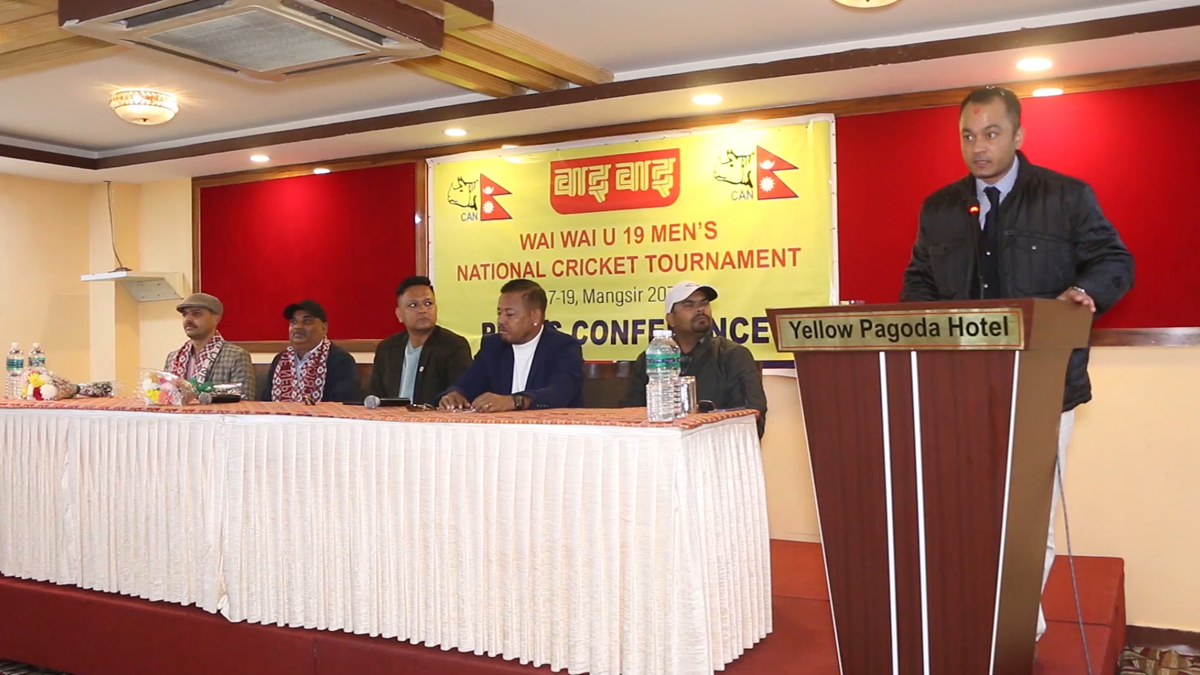 The preparations for the Wai Wai U-19 national cricket tournament have been completed.

On Tuesday, the Cricket Association of Nepal held a press conference and said that all the preparations for the Wai Wai U-19 national cricket tournament have been completed and the winner of the competition will get a cash prize of Rs.2 lakhs.

Chaudhary Group’s Wai Wai is the main sponsor of the competition and Seven province’s youth team will fight for the title.

The tournament is commencing on the 23rd of November (tomorrow), with the final to be played on the 5th of December.

Bagmati Province and Gandaki province are set to face each other in the inaugural match.