What does it mean for China with Deuba assuming office yet again? 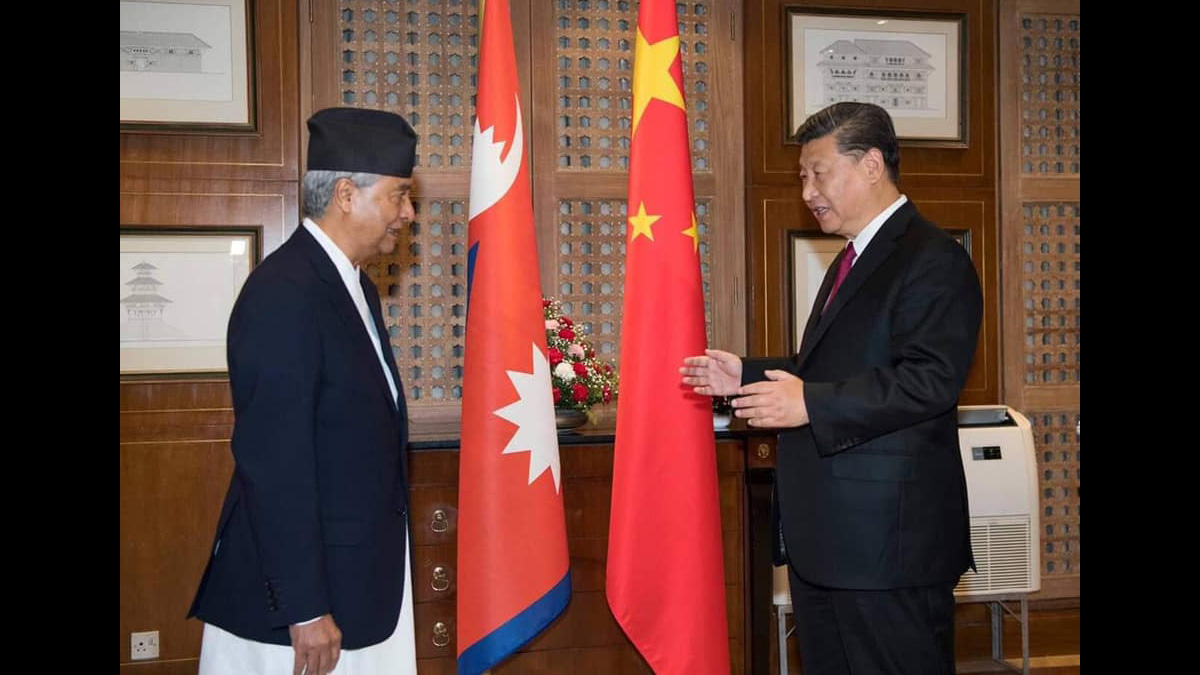 For Chinese President Xi Jinping, the latest change of guard in Nepal may have come as a major diplomatic setback. It has become almost certain that a Deuba led coalition will form the next government in the landlocked country.

Although the new government is likely to see continuity in Nepal’s ties with China, the unexpected defeat of several former PM KP Oli’s advisers and Maoist chair Pushpa Kamal Dahal Prachanda’s weakened legislative presence have reduced the chance of Communists having influence in the parliament now.

Deuba has already invested his political capital behind pushing the Millennium Challenge Corporation agreement with the United States, work on which has already begun. Though the new Chinese ambassador has yet to assume office in Kathmandu, Beijing will have to recalibrate its position in Nepal now.

Under Deuba, power equations in Kathmandu are unlikely to be inclined towards Beijing. Following the formation of the five-party coalition government led by Nepali Congress President Sher Bahadur Deuba in July 2021, there has been limited engagement with China, except for a phone conversation between the two foreign ministers and a few bilateral mechanism-level meetings. Both sides blamed Covid-19 for such a situation, but then high-level Chinese officials have been touring other countries even in this period.
The Deuba government has upset China after it raised the issue of China’s alleged border encroachment without consulting Beijing. A few weeks after taking over government reins, PM Deuba had formed a panel to investigate alleged Chinese encroachment in Humla district. The panel subsequently flagged some issues.
Despite these conditions, China has always kept a close eye on political developments including elections. Ever since the Nepalese Parliament ratified the United States (US) Millennium Challenge Corporation (MCC) Compact in March, several Chinese leaders carried out back-to-back high-level exchanges with Nepal. Chinese Foreign Minister Wang Yi visited Kathmandu and expounded on China’s “Three Supports” for Nepal in terms of “blazing a development path suited to its national conditions, ‘in pursuing independent domestic and foreign policies’ and in participating in Belt and Road cooperation to a greater extent”. Nepalese Foreign Minister Narayan Khadka was in Beijing for three days from August 9-11 at the invitation of Chinese State Councillor and Foreign Minister Wang Yi where the “One China” principle, Belt and Road Initiative was discussed threadbare.
National People’s Congress of China’s Standing Committee chairman Li Zhanshu,, paid an official goodwill visit to Nepal from September 12 to 15, where he met President Bidya Devi Bhandari, Prime Minister Sher Bahadur Deuba, along with the chiefs of various communist parties including KP Sharma Oli of the Communist Party of Nepal-Unified Marxist Leninist, Pushpa Kamal Dahal of the Maoist Party, and the presiding officers of both houses of parliament (Nepal House of Representatives Speaker, Agni Prasad Sapkota and Timir Sina, Chairman of the Nepalese Federal House) who also belong to the communist parties. A delegation led by the Chinese Vice Minister of Culture and Tourism, Li Qun, visited Nepal days before the elections.
Observers have pointed out several reasons for China’s intensified diplomatic outreach towards Nepal before elections. For one, China, which brokered the communist alliance in Nepal back in 2017, has been still reeling under the impact of the collapse of the Communist Party of Nepal (CPN) government in Nepal in March 2021. Besides, the US-Nepal Millennium Challenge Agreement played an important role in further intensifying the internal struggle among the communist factions. They have accused the US of manipulating various internal contradictions (discord over the distribution of power, guiding ideology, governance technique etc) within the Nepalese Communist Party and using the Millennium Challenge Agreement as a wedge to further provoke conflict between the Oli faction and the Prachanda faction, eventually splitting the party, weakening its strength and slowing down the communist movement in Nepal.
As far as China is concerned, it has always given preference to an all-powerful communist regime in Nepal, replicating the CPC and its governance model, which attaches greater importance to Nepal developing relations with China and prioritising Chinese interests. But that seems impossible now.
Under the given circumstances, China has certain expectations from Nepal. Experts said that Nepal should strengthen exchanges with China, advance high-quality Belt and Road Initiative (BRI) cooperation in investment, infrastructure, and other areas, and jointly build the Trans-Himalayan Multi-Dimensional Connectivity Network to bring tangible benefits to the people of both countries.