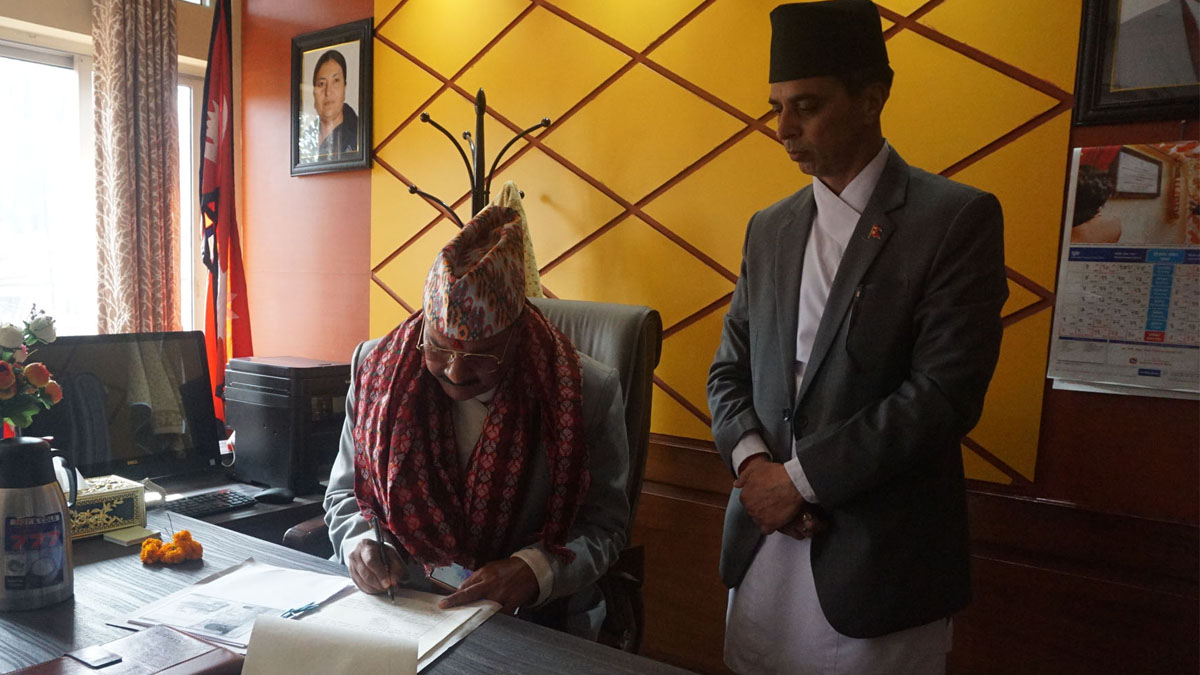 Newly-appointed Minister for Defence Hari Uprety has made his commitment to ensure better performance to hold Nepalis’ head high.

Directing the officials after assuming the office at the Ministry of Defence in Singha Durbar today, Minister Uprety urged to work for better result by combining the aspirations of politicians and practices of the bureaucrats.

He also said that it is necessary to safeguard the strength of dignified organization of the Nepali Army which is being developed as a democratic and professional force by its transformation as per the changing context.

The Defence Minister said that he has an aspiration to deploy the armed human resource of the country for the nation’s development and infrastructure development.

Born to Govinda Prasad and Bhoj Kumari in 2024 in Barthahawa Municipality in Sarlahi district, Minister Uprety had joined the mainstream party politics from student politics. Uprety, who holds a bachelor degree, was the Constituent Assembly (CA) member in 2070 BS.