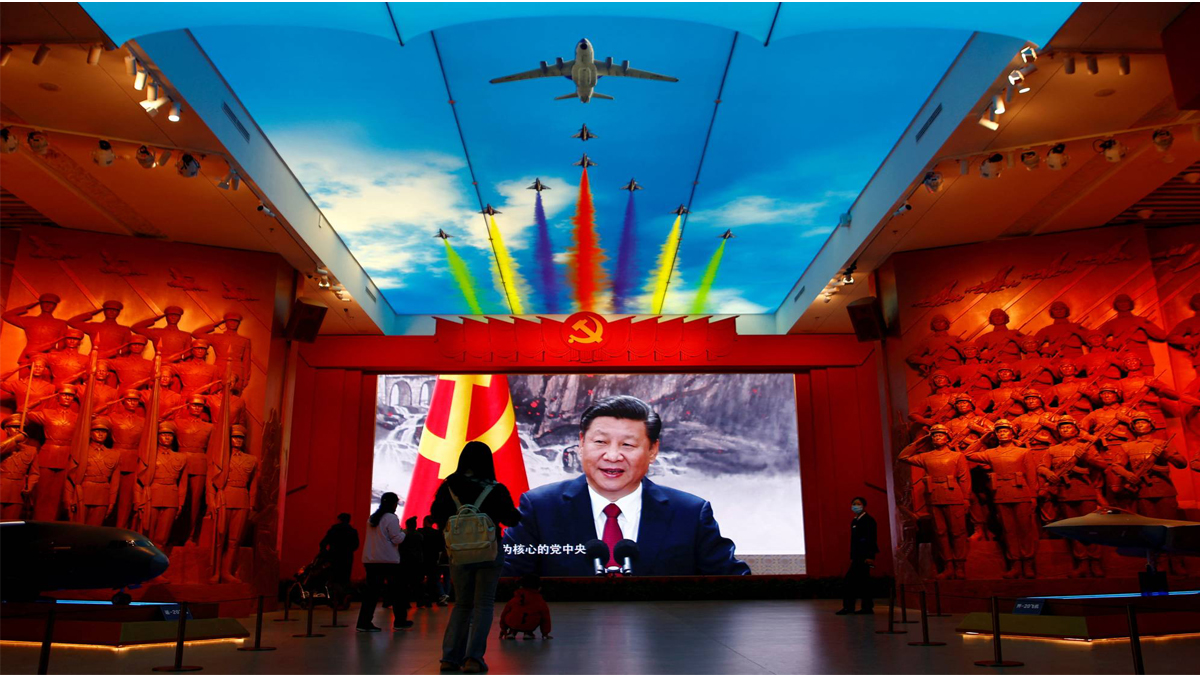 Under leader Xi Jinping, China has advanced its naval and rocket forces and built bases deep in the maritime heart of Southeast Asia.

BEIJING: Following the commencement of the 20th National Party Congress, the incoming new military generals are likely to face challenges as Chinese President Xi Jinping has unleashed sweeping changes to the structure of the country’s military, according to Reuters analysis.

Following the world’s largest military modernization by the Chinese premier, the new military commissions may lack combat experience than their commission predecessors as Beijing has made extensive changes to leadership that directs China’s two million-strong People’s Liberation Army (PLA).

According to Reuters analysis, Generals Xu Qiliang, vice chairman of the Central Military Commission and Zhang Youxia, both 72 are expected to step down. Their official replacements include recent commanders from the reformed Eastern and Western theatre commands, responsible for Taiwan and the Indian border respectively and promotions mat also come from the Southern Theatre Command.

“There is no shortage of senior military officers who internally parrot Xi’s ‘fight and win’ mantra, but the conundrum for the PLA is the lack of operational experience,” said a private military analyst, Alexander Neill, according to Reuters.

Moreover, senior retirees Zhang and commission member General Li Zuocheng are some of the last two serving officers to have fought in the bloody border conflict with Vietnam, and Zhang is said to be a very close confidante of Xi Jinping.

Beijing has, over the last few years expanded its military and has taken stringent measures to make it more potent by reforming its command operations, and building bases deep in the maritime heart of Southeast Asia, the analysis stated.

Furthermore, China is expected to have 700 deliverable nuclear warheads, and 1,000 by 2030, according to the Pentagon’s latest annual report on China’s military modernization, adding to its power.

Delivering a report to the 20th National Congress in Beijing on Sunday, Xi Jinping expressed the desire to quickly elevate the people’s armed forces to world-class standards for building a modern socialist country.

“We will strengthen Party building across the board in the people’s armed forces to ensure that they always obey the Party’s command,” Xi was quoted as saying by Xinhua.

Regional experts say that Chairman Xi Jinping will undoubtedly extend his term in power for another five years.

He will either be re-elected as general secretary of the CCP or will be newly elected as chairman of the CCP, a title that has lain dormant since 1982 and was once the highest position ever held by Mao Zedong. (ANI)