Yet another feather in Sharma’s hat 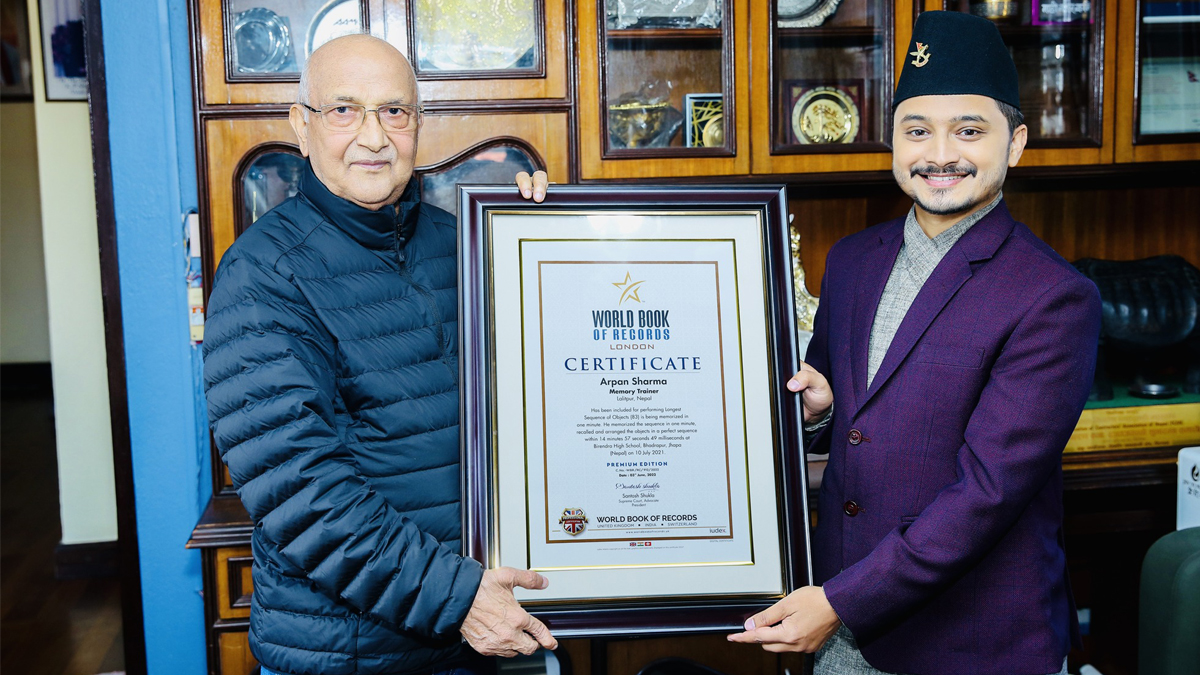 Arpan Sharma has created his second world record in the field of memorization.

Sharma’s second feat was made public immediately after a certificate to that connection issued by the World Book of Records based in London was received in Nepal.

Former Prime Minister and CPN (UML) Chair KP Oli handed the certificate to Sharma amidst a programme here on Sunday.

On the occasion, leader Oli congratulated Sharma for his new feather in his hat.

Sharma said the certificate of world record is the success of all fellow Nepalis and he would strive towards creating more world records to spread the country’s name throughout the world.