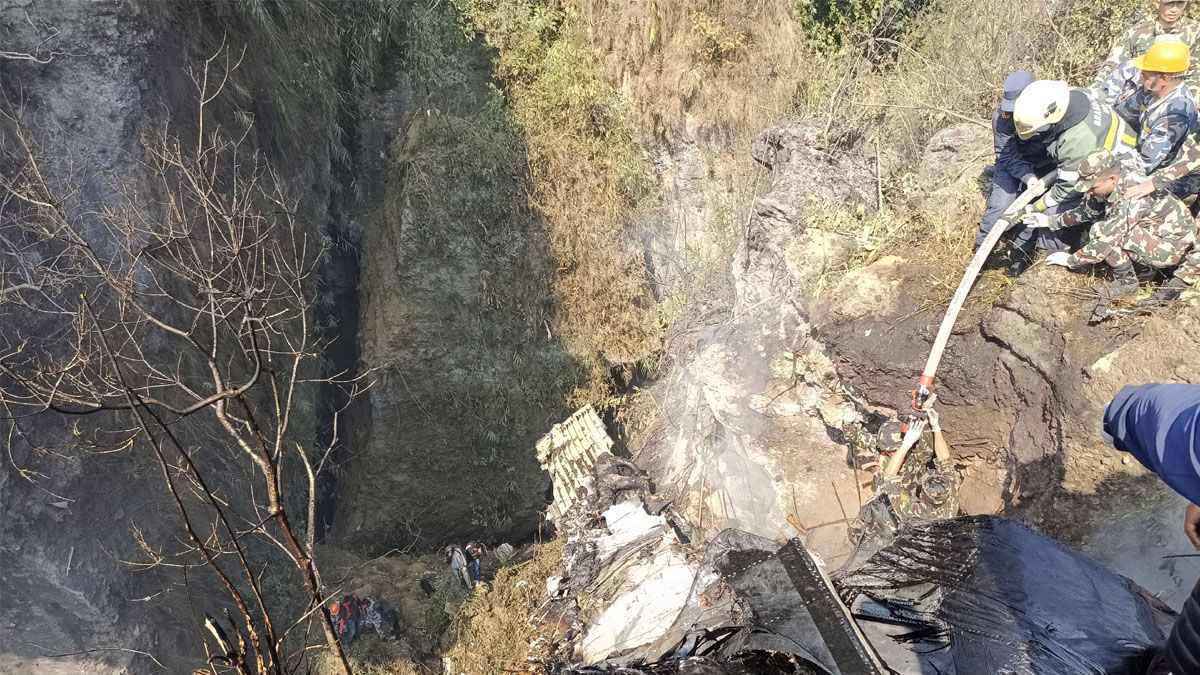 40 bodies have been recovered after an aircraft with 72 people on board crashed near Pokhara International Airport on Sunday morning.

Yeti Airlines-N ANC ATR, which was flying from Kathmandu to Pokhara with 68 passengers and four crew members, crashed in a Seti gorge.

According to rescue officials at the crash site, the recovery of bodies is ongoing and more deaths are expected. The cause of the crash is currently under investigation.