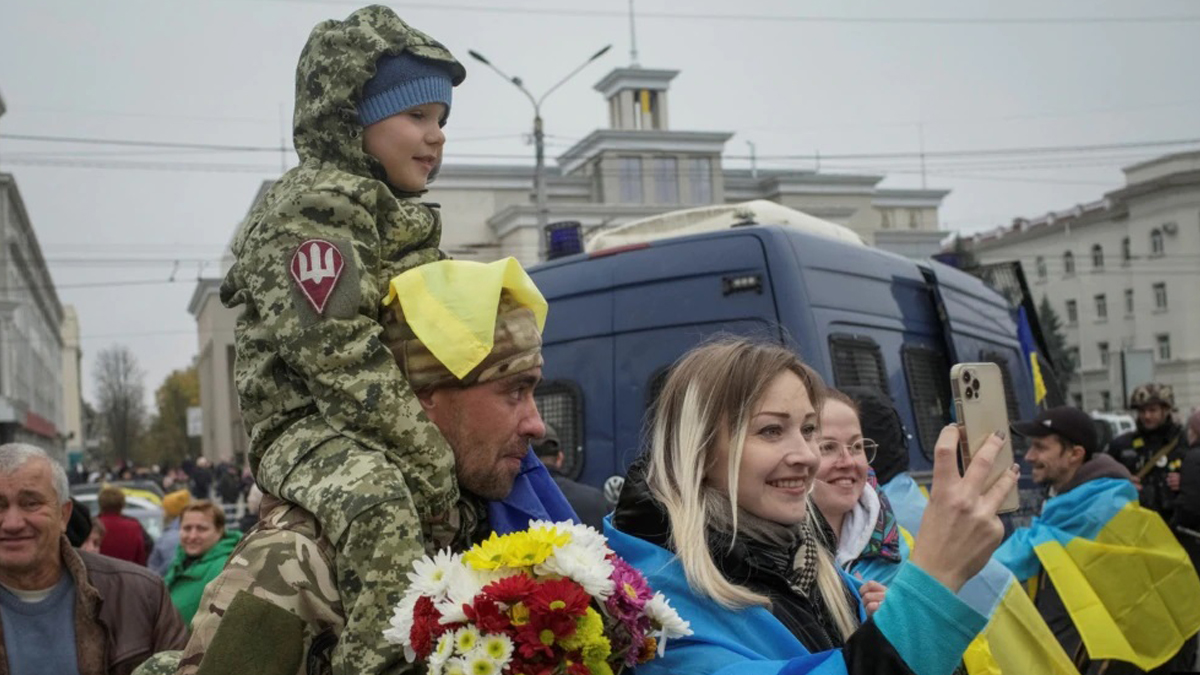 In his nightly video address, Zelenskyy said that defense forces have won back control of more than 60 settlements in the Kherson region and promised that Ukrainian troops will “liberate our entire land from the invaders.”

But the Ukrainian president also cautioned vigilance. While people are celebrating in Kherson, further east in the Donetsk area, he said, brutal battles are being fought every day.

As the Russian forces withdrew from Kherson, Zelenskyy said, they destroyed critical infrastructure there, including communications, the water supply, plants supplying heat, and electricity.

He also cautioned Kherson residents that retreating Russian soldiers had mined the area.

“Almost 2,000 explosive items have already been removed from the areas but there is a lot more to be done,” he said.

Images by the Planet Lab, a data imaging service, show Russian troops digging trenches and building fortifications on the east bank of the Dnipro River, according to images published on Radio Free Europe/Radio Liberty.