Interview – We will be the decisive for a majority in the parliament: CK Raut 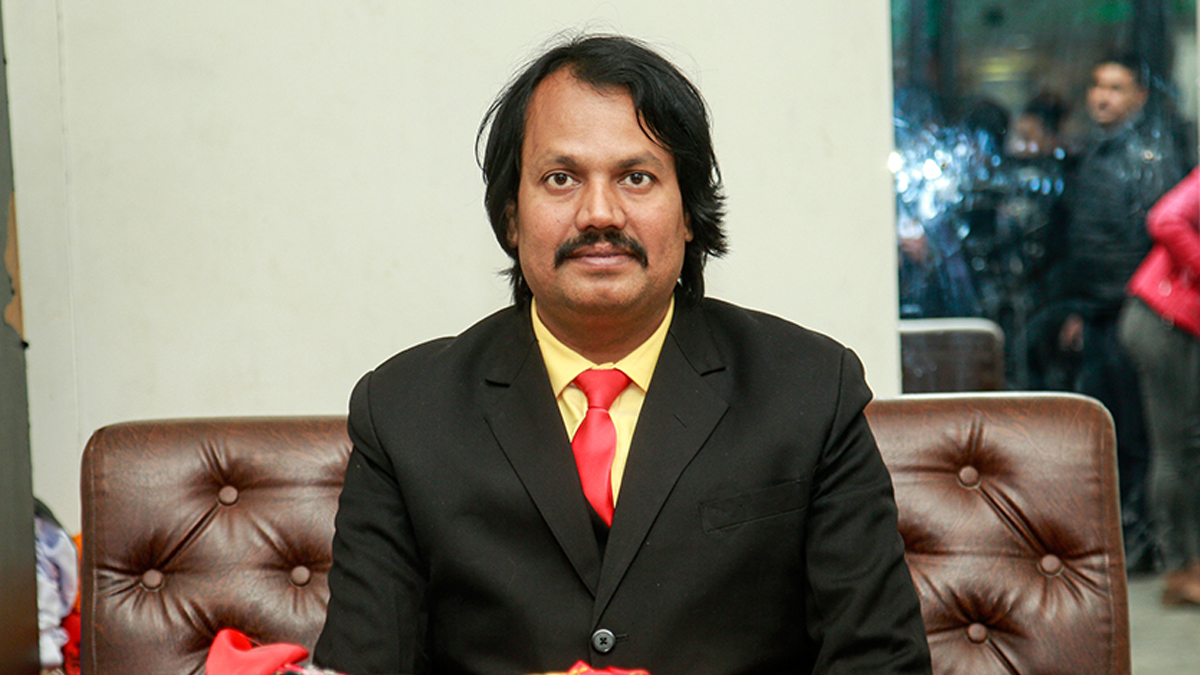 The preliminary results of the elections to the Member of the House of Representatives and Province Assembly have been made public. This parliamentary election is for the second term of the Parliament after the promulgation of the Constitution of Nepal drafted by the people’s representatives following a long struggle and sacrifices of the Nepali people.

The elections to the HoR and PA were held simultaneously across the country on November 20. It is now clear that 12 political parties would be represented in the federal parliament under the first-past-the-post (FPTP) election system and seven under the proportional representation electoral system.

With the release of the election preliminary results by the Election Commission, the parties have begun assessing the number of seats won by them and also started intensive talks and dialogue for the formation of the government.

In this context, the Janamat Party led by Chandra Kanta (CK) Raut is entering the federal parliament this time with the recognition of a national party. Leader Raut had been practising underground politics voicing the Madhes issues in the past. The Janamat Party has emerged as a rising alternative political force in the Madhes province. It won one seat in the federal parliament under the FPTP system and secured 394 thousand 516 votes under the proportional representation system. The Janamat Party fought the election with ‘the loudspeaker’ symbol.

Janamat Party’s Chair Raut is entering the parliament by defeating Upendra Yadav, the chairperson of Janata Samajbadi Party, who was established as the leader of the Madhes movement in the election.

Born in Mahadeva village in the Saptari district, Raut is an engineer by profession. He said the people have trusted the Janamat Party and through the election endorsed the issues related to health, education, good governance and farmers that they had been raising.

“The people have faith in the issues that we have raised and approved of them. Our parliament seat alone would be decisive in forging a majority in the parliament,” he said.

Deputy Chief Reporter Narayan Prasad Neupane and Reporter CB Adhikari had a tete-a-tete with the Janamat Party chairperson in the context of the meetings going on among the parties and leaders, and the numbers required for government formation after the election as well as other contemporary topics. The following are the excerpts from the interview:

Question: You took part in the election and also got encouraging results. Hearty congratulations for this election victory and best wishes to you and your party at the outset. How do you take the present election?

Answer. The election is a democratic process in itself. I am much happy to take part in it and get public support. This is the formal means for acquiring public support. Whether or not our agendas have been approved by the people has been tested through this. I am delighted that the people have expressed their opinion strongly by trusting us.

Question: The time when you started your political career and the present situation is not the same, how do you assess it?

Answer: In the past were not in the mainstream of politics. We had no ground to test our presence in the political sphere. We would organize public events but have no indicator to measure the scale of public support. We would frequently face interventions from the government level. Now we are at the mainstream of politics and have found a ground to exercise politics openly. We through the elections reached the people with the party agenda and got endorsed by them. We are heading to the place where are mandated to get our agenda endorsed.

Question: How do you feel about joining the mainstream of politics?

Answer: With the election, we are in open politics and entrusted with establishing deeper ties with the people and realise their issues more closely. This is one of the major differences we feel at the moment. We have totally exercised the rights granted by the State and the constitution.

Question: As your maiden participation in the election, what do you perceive people’s understanding about the party and what are their expectations?

Answer: We have realised that people are positive about our agenda which is not merely political as brought by political parties. We have raised the issues of education, health and employment which were not the priorities of other political parties. In addition, corruption prevention, promotion of good governance and the issues of farmers were our election agenda and people have owned it, expressing high hope for the Janamat Party.

Question: How do you own up to the people’s mandate through the election and how do you the election? Was this successful?

Answer: The elections concluded largely peacefully in comparison to the past elections. As evaluated by the election observers, it was not extravagant as in the past, was quiet and credible and was progressive in terms of the implementation of the code of conduct. I perceive people’s vote for the party as a mandate for change. We will not let them down.

Question: People’s expectations and the party’s role seem different. Now the party is mandated to do its role as the legislator when the people expect it for facilitating to get their needs such as health, education, irrigation and so on addressed, how do you balance it?

Answer: This is mass understating, but first of all, we should be clear that the function of the parliament does not limit to the formulation of laws. It is also the place for holding in-depth discussions about government policies and programmes and the budget and to determine whether them being based on the needs of the people. This is the place for endorsing government policies and programmes. Still, many school-age children are out of school, farmers are clamouring for seeds and fertilizer.

We will utilise this opportunity to raise voices for a national literacy campaign for children and a smooth supply of fertilisers to the farmers. The Parliament is the first place for recognizing the voices of the people’s representatives.

Question: How do you analyze election results, coalition government and suspicion of raised instabilities? What is the role of your party in forming the next government?

Answer: We did see a two-thirds majority government in the past. It is not that a two-thirds government will be stable. Neither is it that the majority government brings political stability. Now, no party has acquired a majority. It has a positive side; this has barred a particular party from being egoistic. This has given a message that all should move ahead together by accommodating the voices and issues of all.

People have stressed the need for coordination and cooperation. The main point is intentions. A political party and a leader with good intentions can go for longer terms. Seats won by the Janamat Party have been a decision at present. Our seats play a decisive role in having a majority in the parliament to form a government. There is a situation where a government in provinces cannot form without the support of the party.

The situation of our party being absent from the government is that of a deadlock. Our responsibility is to give a way out. We will do it.

We will lend support to those who pledge to implement our issues including education, health and employment opportunities.

Question: What is your message to political parties, and voters in the present situation?

Answer: What I tell other political parties is that I would like to thank them for whatever took place and what they did in the past. They should embrace the message people have given through the polls for positive changes.

Otherwise, people’s revolt and disgust towards political parties will grow increasing. Now is the time for correction. We all must appreciate people’s mandates. We must move ahead focusing on service delivery and people’s demands and issues. We must commit to their service by appreciating their mandates. On their part, people should continuously be cautious and make them alert.

Question: What will be your first agenda upon entering the parliament and the government?

Answer: Our focus will be on service deliveries upon entering the parliament and the government. At present, employment problems are a major problem. Thousands of youths are forced to go abroad for job opportunities. Employment opportunities should be created within the country itself. Increasing the literacy rate, making health services accessible and quality, maintaining good governance, controlling corruption and ending dilly-dallying in service deliveries are among our prime priorities. Our initiatives will be in implementing them.

Question: You have risen as an alternative force in the Madhes. In this situation, what is your plan for cooperation with other forces in the Madhes?

The main issue is that our demands and issues should be taken positively. We have been here not just to become ministers and become a part of the government. An environment conducive should be created for us to work for people. Even now, people should not be put in illusion. A way out must be sought. (RSS)