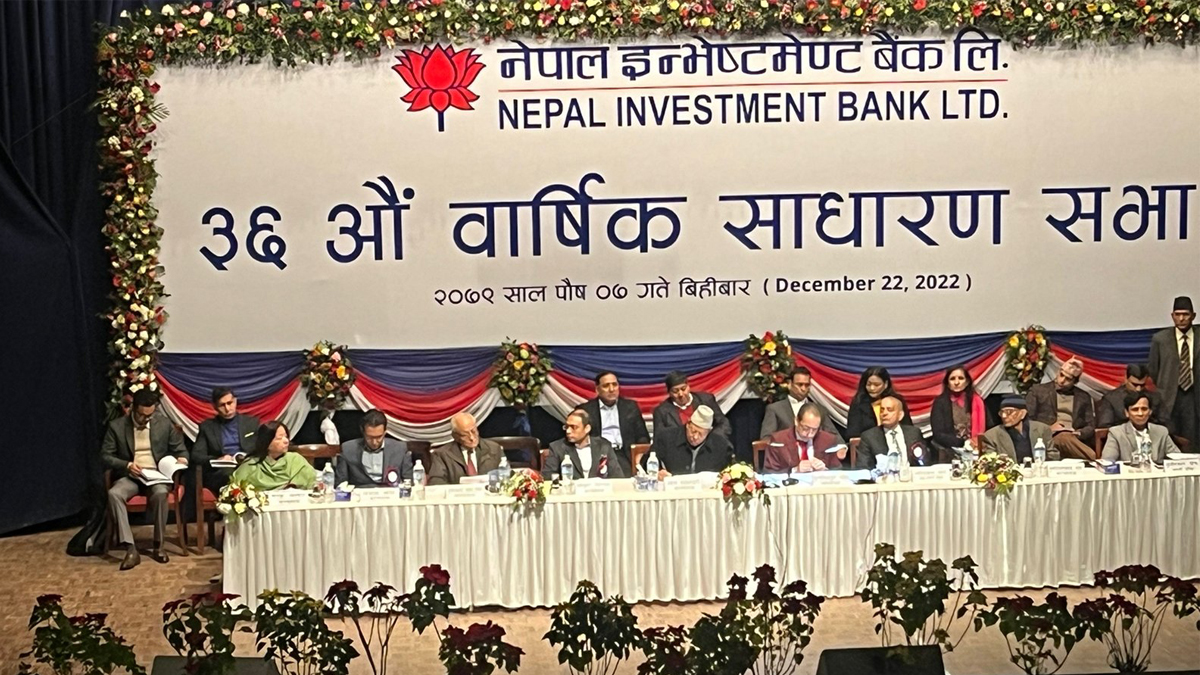 Nepal Investment Bank Limited (NIBL) has endorsed the proposal to distribute 11 percent dividend to its shareholders.

The AGM also passed the proposal for a merger between the Bank and Mega Bank. They soon will launch integrated transactions following the conclusion of the merger process, it has been informed. The NIBL with Rs 19 billion market capitalisation earned Rs 6.2 billion in operational profit, and Rs 3.7 billion in net profit in the previous fiscal year, 2021/22.