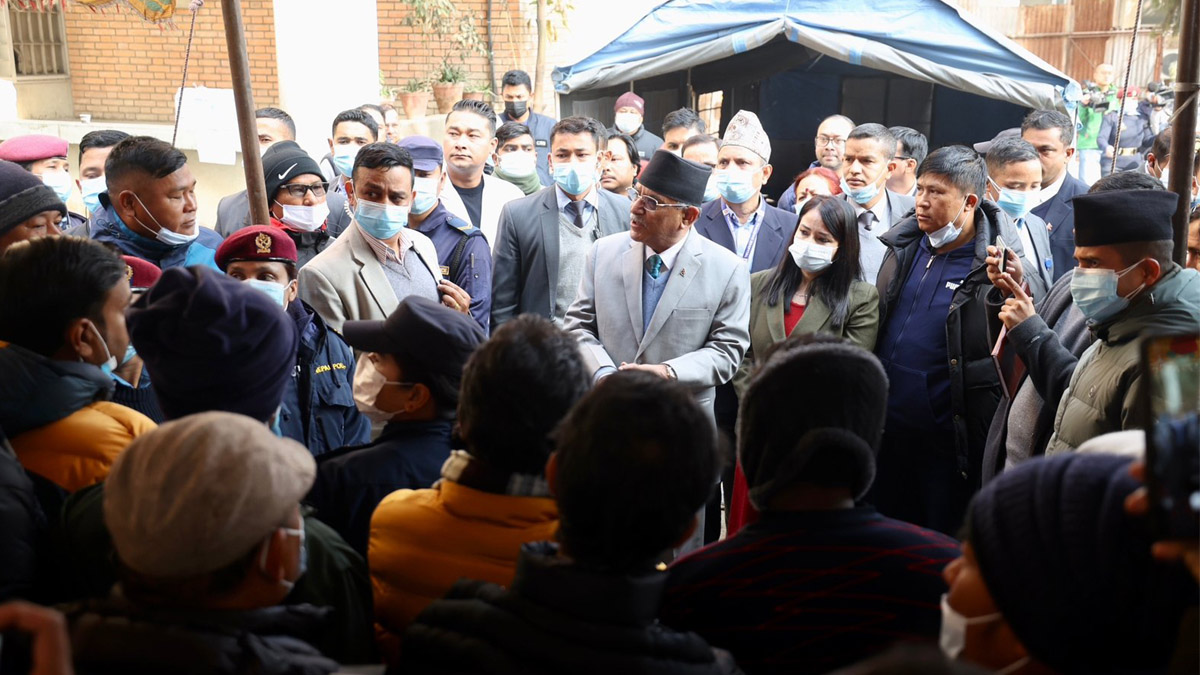 Prime Minister Pushpa Kamal Dahal ‘Prachanda’ went to the Tribhuvan University Teaching Hospital at Maharajgunj and met with the families of the passengers who lost lives in the Yeti Airlines plane crash in Pokhara.

PM Dahal took stock of the identification of the dead bodies on the occasion and directed to speed up the post-mortem, make it scientific and hand over the mortal remains to the families in a speedy manner.

The PM’s Secretariat stated that Prime Minister urged the hospital officials to ask with the government for the required help to complete the work of identification of the bodies promptly.

The Executive Chief also observed the bodies kept there for identification and met with the kin of the deceased. Extending condolences to the families of the crash victims, he said that he has instructed the officials concerned to speed up the body handover process.

A Yeti Airlines plane that was flying to Pokhara from Kathmandu on January 15 crashed in Pokhara before landing, killing all 72 people on board.

The government has formed a high-level investigation commission for probing into the cause of the crash and submitting a report. The commission has already started its works.