Surya Kiran, a joint military exercise between Nepal and India focusing on counterterrorism, will begin on Friday 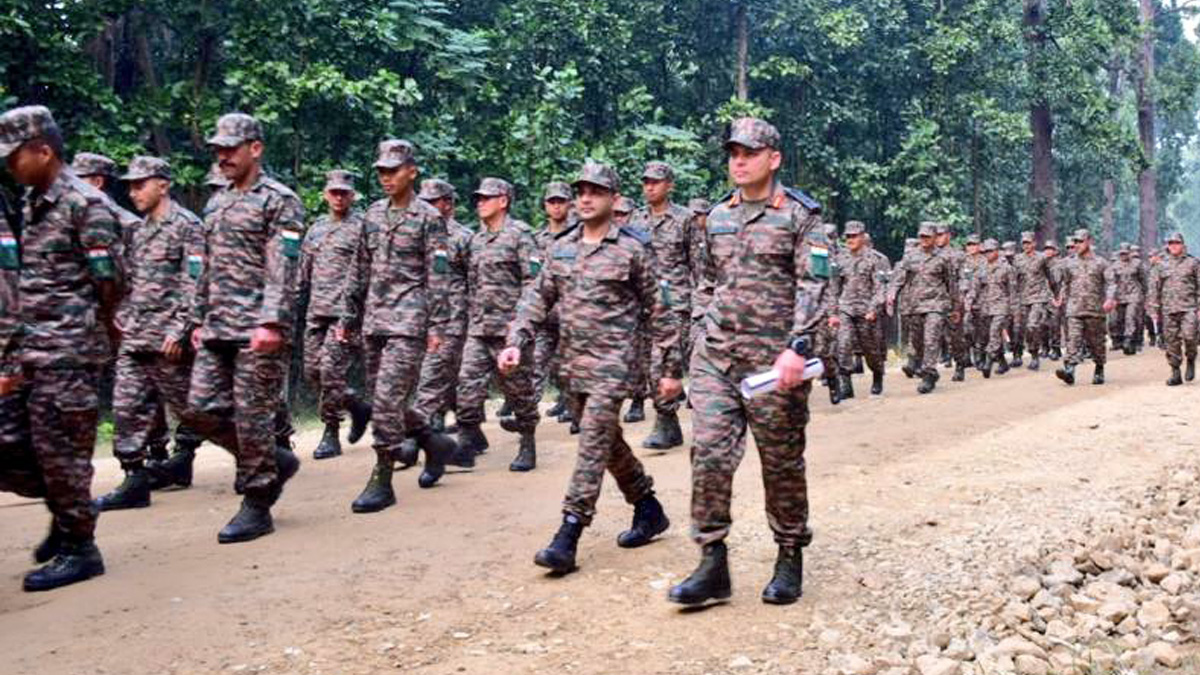 The 16th edition of Surya Kiran, a joint military exercise focusing on counterterrorism, martial arts, humanitarian aid, natural disasters, environmental protection, which is held alternately between the Nepali Army and the Indian Army, will begin on Friday at the Integrated Military Training Center at Saljhandi in Rupandehi.

The joint military exercise between the Nepali Army and the Indian Army is going to be held from December 16.

A battalion level team under the command of a colonel of the Indian Army has reached Saljhandi to participate in the exercise.

Surya Kiran military exercises will focus on counterterrorism, martial arts, humanitarian aid, natural disasters, environmental protection, etc. The military of both the countries are expecting that this exercise will help in the fight against insurgent activities and terrorism in the forest and hilly areas.

Earlier, the 15th edition of Exercise Surya Kiran was completed in October 2021 in Pithoragarh, Uttarakhand, India.