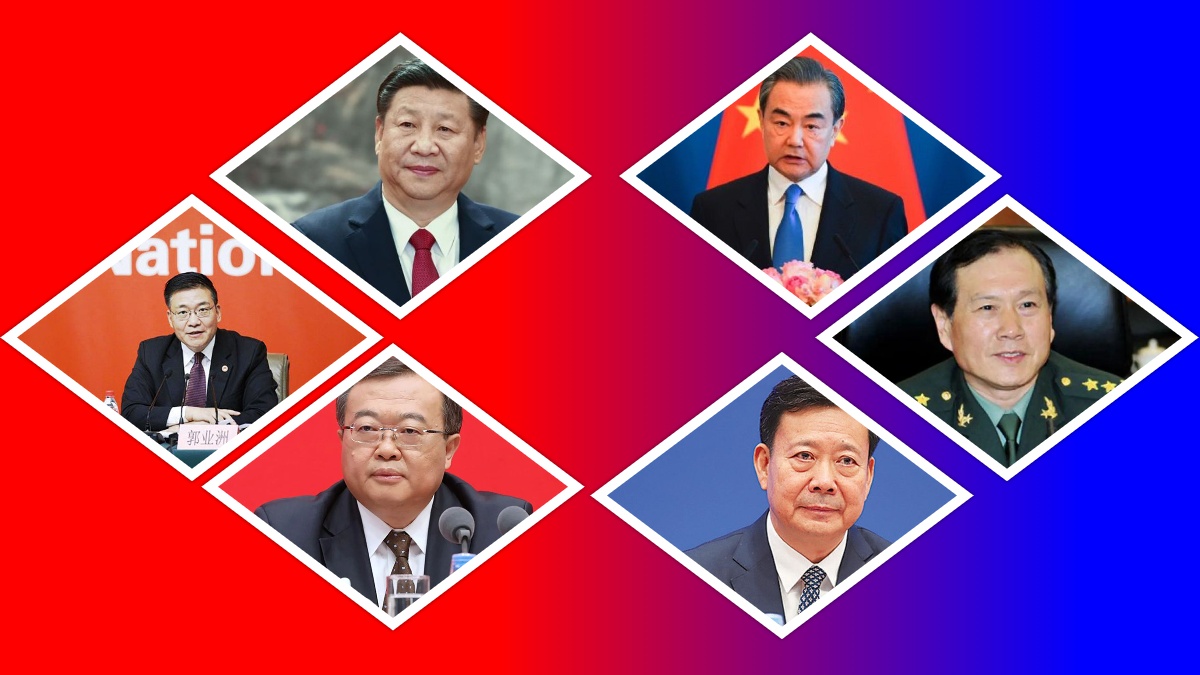 As Nepal is on the brink of the election of the House of Representatives (HoR) and Provincial Assembly (PA), Chinese Vice Minister for Culture and Tourism Li Qun, who is also the head of the National Cultural Heritage Administration, arrived in Nepal on Friday on a five-day visit.

According to the government, he came to Nepal for inspecting the heritages/structures that have been rebuilt with the help of China after the earthquake of 2072.

Even though his visit has been said to inspect the heritages, suspicion has been raised over his visit to Nepal as it is the first official visit from China since President Xi Jinping was elected as the General Secretary of the Chinese Communist Party (CPC) for the third time.

Former diplomats said it is inappropriate to host foreign leaders and diplomats ahead of elections. Observers have raised suspicion over his visit at this crucial hour labeling it “ill-timed”.

The Prime Minister’s Office was also against receiving foreign dignitaries ahead of the elections as most leaders are busy electioneering and as the government is a caretaker one. It had advised the Ministry of Foreign Affairs to reschedule the visit, if possible. “But the Chinese side insisted on coming on schedule,” a senior official at the PMO said.

The Ministry of Foreign Affairs said Li’s visit is not political. Foreign affairs experts said, “visitors should understand that pre-election is not the right time to visit”. According to the analysts,” such visits during the election will lead to various suspicions and speculations”.

Foreign affairs experts say that China has recently been increasing its interest and activity in Nepal and has resorted to ‘forced diplomacy’. China also objected to Nepal’s acceptance of the US aid MCC grant. After that, China was also interested in the SPP agreement, which was supposed to be a collaboration between the American and Nepalese forces.

Another example of China’s coercive diplomacy is the Chinese interest in the unity of the Communist Party in Nepal, government formation, and division. In the election of 2074, the basis for going to the election by forming a left alliance between the UML and the Maoist center was possible only with Chinese facilitation.

After the election, a 7-point agreement was reached between the UML and the Maoist Center on 19 February 2018 for party unity. Soon after that, Gou Yezhou, the then-deputy head of the Foreign Affairs Department of the Chinese Communist Party (CPC), visited Nepal.

Seeing the enthusiasm of CPN unity, the then-head of the International Department of the Chinese Communist Party Central Committee, Song Tao visited Nepal in on September 23.

However, the CPN, formed by the integration of two big parties, could not last for long. Even after the split between the UML and the Maoist center itself, the activity of the Chinese officials was worth watching. On the other hand, the then-Chinese ambassador Hou Yanqi was busy meeting with communist leaders. Similarly, the delegation of the Chinese Communist Party arrived in Nepal overnight.

Yanqi met with top leaders including President Bidya Devi Bhandari several times to resolve the dispute in the CPN. Lately, her message to then Prime Minister Oli was, ‘If you have to resign, be ready but don’t push the party towards division.’

A four-member high-level delegation led by Guo Yezhou also arrived in Nepal on December 2020. Even the security agencies were not aware of that Chinese delegation’s visit. The meeting schedule of the four-member team led by Yezhou was also kept secret by the Chinese side. At that time, the team met President Bidya Devi Bhandari, then Prime Minister KP Sharma Oli, Pushpa Kamal Dahal Prachanda, Madhav Nepal, etc. China had expressed concern about the division in the CPN at that time.

However, no matter how much China insisted, the division of the CPN could not be stopped. The next year on November 29, 2020, Chinese Defense Minister Wei Fenghe visited Nepal for one day. He came to discuss military cooperation between Nepal and China. During the meeting, he left a message to President Bhandari from his Chinese counterpart Xi Jinping, “China does not want the division of the CPN, you should play a role for unity.”

After the four-day visit of Chinese Foreign Minister Wang Yi in November 2022 and Liu Jianchao, then head of the Foreign Affairs Department of the Chinese Communist Party, in July last year, Li’s visit now confirms that China is not only worried about its own security from Nepal, but has an interfering interest in Nepal’s politics.

China once again had tried for the left alliance after the announcement of the upcoming elections. China tried its best to bring the UML and the Maoist Center together with the left alliance to take it to the elections, but that effort has also failed. Sources say that Li’s visit will be an attempt to defeat the Democratic-Left Alliance in the election and to make win the UML alliance.

Although China has shown interest in Nepal, it has been blocking its border for years. The main checkpoints not only Kerung in Rasuwa and Tatopani in Sindhupalchok, Olangchungola, Tiptala, and all the checkpoints connected to China in the east and west are often blocked, due to which the Nepalese of the border area have been badly affected for years.

Although it is natural for China to be interested in the activities taking place in Nepal for its own security but according to foreign affairs experts, it would be “coercive diplomacy” for China to interfere in Nepali politics.