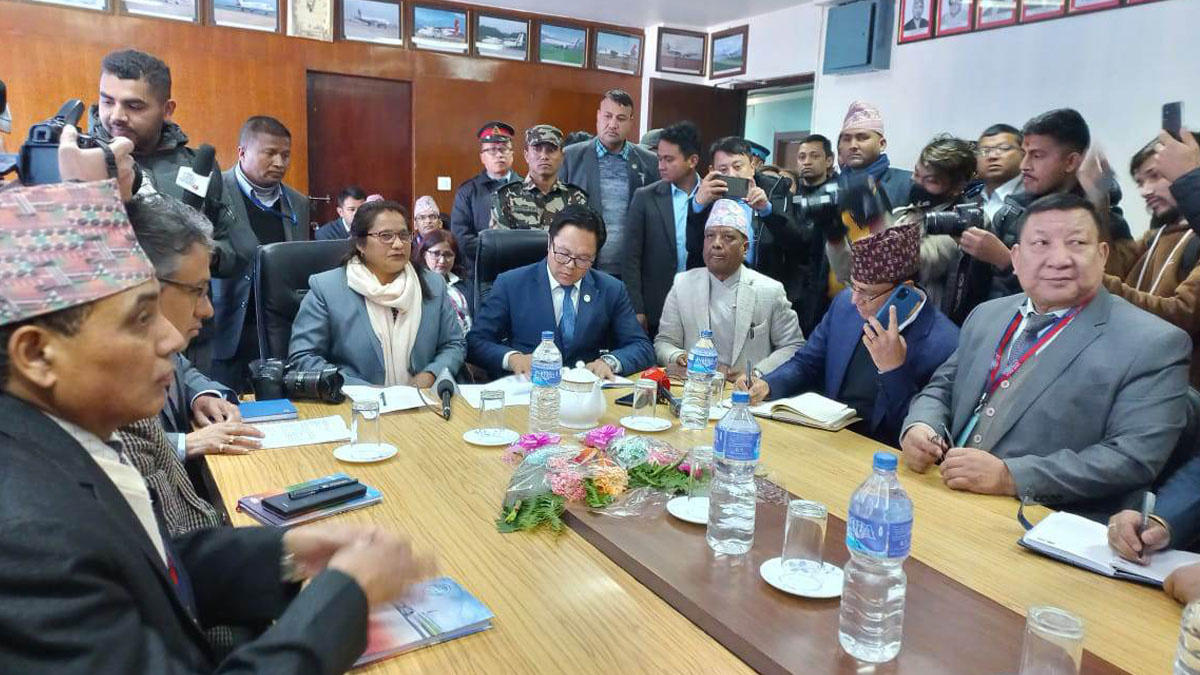 Minister of Culture, Tourism and Civil Aviation, Sudan Kirati has said that he could not see the Nepal Airlines Corporation (NAC), the state’s proud institution, sinking.
In a visit to the NAC headquarters in New Road today, he said that it is not acceptable that state-owned airlines in other countries remain profitable, but the NAC is always in a loss. The Minister said that he was able to understand the situation of the NAC while working in the parliamentary committee related to the Ministry of Tourism and Foreign Affairs as an MP in the previous term.
Kirati, who became the country’s 40th Tourism Minister, expressed his belief to make the flag-bearer’s service pride worthy.
Tourism Minister Kirati instructed the NAC management to submit an action plan for reforming the corporation immediately.
He also directed the corporation to arrange online tickets within a month, fly planes on time and to make the service simple and efficient.
Minister of State for Tourism Sushila Sirpali Thakuri said that everyone should take responsibility to improve the NAC and reinstate its reputation and pride. She emphasized on the need to proceed with administrative reforms and strategic action plans to make the NAC’s services effective and efficient.
Secretary of the Ministry of Tourism and Civil Aviation, Suresh Adhikari, instructed the NAC management to come up with a business plan before procuring new aircrafts.
Executive Chairperson of the NAC, Yuvraj Adhikari, said that the NAC could purchase two to three aircraft with its internal resources provided endorsement from the government for the same. He said that the national flag carrier is operating flights by prioritizing the service of the people over financial profit.