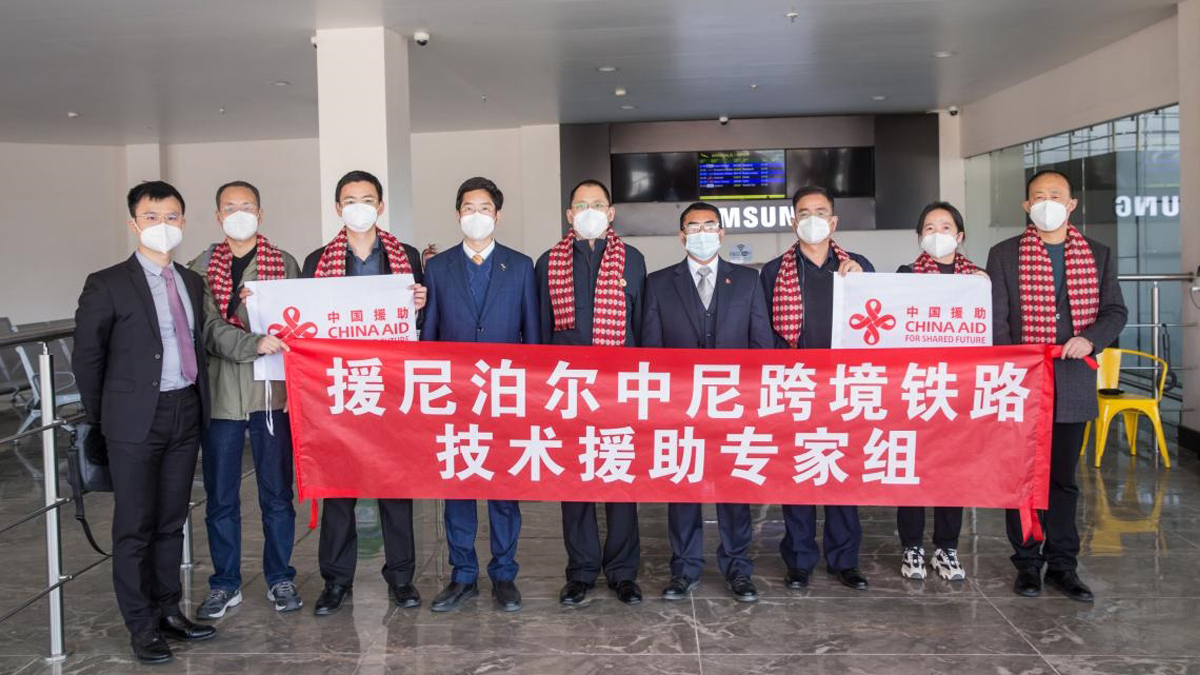 By Sanchita Ghimire, Kathmandu, Dec 30: Work has moved ahead on the detail study of the Kathmandu-Kerung Railway Project that connects the federal capital, Kathmandu, to China.

A Chinese team that arrived here on Monday has commenced work in this connection, the Department of Railways said. An agreement has been reached before this. The study is being carried out with the support of Chinese government.

Department’s director general Rohit Kumar Bisural said the Chinese team held a consultation with them in this regard. “It is understood that work on the detail study have been started as they have arrived here for the same purpose,” he added.

The Department said it will take three and half years for the study of the Kathmandu-Kerung railway for now.

Although it was said before that the Chinese government would carry out a study of the railway to Pokhara or Lumbini via Kathmandu, immediately there is no plan for this, Director General Bisural said.

According to him, 72 kilometres of the railway will lie within Nepal based on the preliminary study carried out before this. The Department stated that the railway line will originate from Kerung and connect Kathmandu via Rasuwagadhi.

“The study of the railway will be carried out in such a way that the railway track will bifurcate towards Nepal from the railway track going towards Mansarovar of Tibet from a lake above Kerung,” said Bisural, the Railway Department Director General.

The Chinese government had sent a Letter of Undertaking (LoU) to Nepal on the basis of an agreement reached five years back. The LoU was approved by the government on December 22 and the Chinese team had arrived immediately after that.

Bisural shared that the Chinese side had sent the LoU to Nepal in November. The Department forwarded the document to the Ministry of Finance for its action, but it was delayed for long due to various reasons.

The pre-feasibility study of the railway was conducted in November 2018 and an agreement for carrying out the feasibility study was reached during the visit of Chinese President Xi Jinping to Nepal from 12-13 October 2019.

After this, a memorandum of understanding was reached in course of Chinese Foreign Minister Wang Yi’s visit to Nepal in March 2022 for expediting the feasibility study. Even though the Chinese government had stated that it will start several projects, it did not do so since some years citing COVID-19 pandemic. The feasibility study of this railway was one of them.

Discussions on the matter between the officials of Nepal and China were being held after National Railway Administration of China submitted a preliminary study report on Kerung-Kathmandu railway to the government.

The feasibility study report had paved way to do further homework on the issue of how and in which model to construct the railway.

The feasibility study report has incorporated geographical study from Kathmandu-Kerung via Trishuli, topographical features, among others. A detailed study is going to be held based on preliminary study report.

Transit and Transport Agreement was one of the important documents signed during China visit of President Bidya Devi Bhandari.

Similarly, Trans Himalaya Multi-Dimensional Connectivity Network and Nepal-China Cross-Border Railway would be of great help for Nepal in expansion of connectivity network with China, it is said.