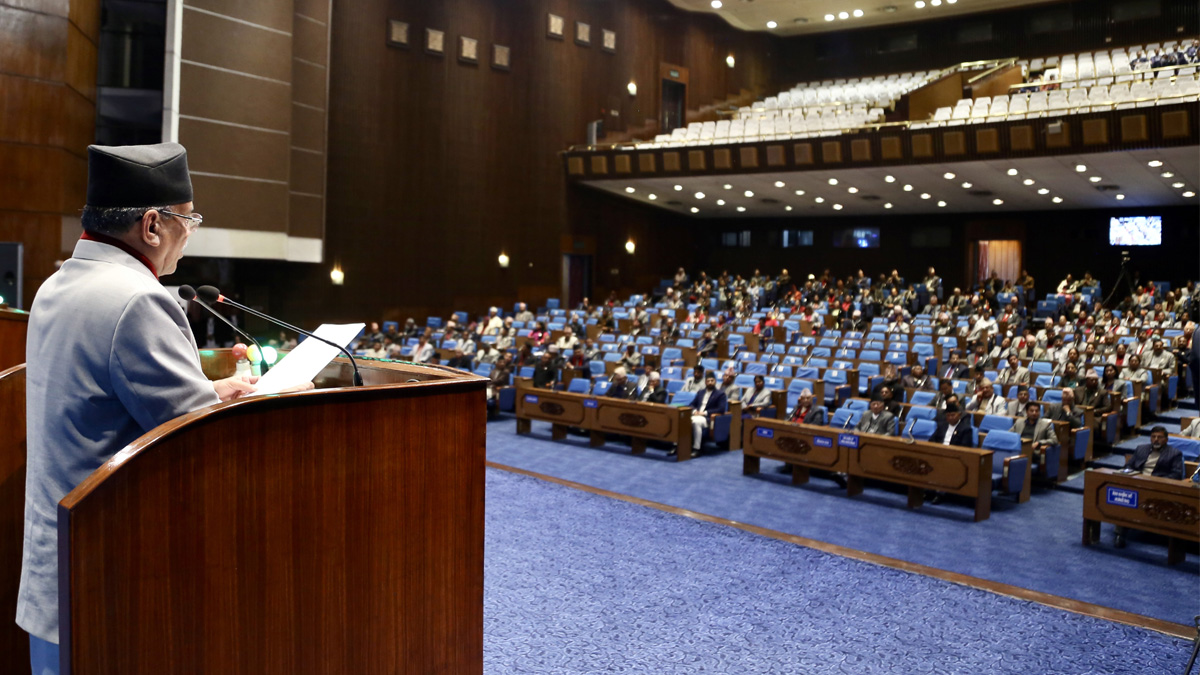 Prime Minister Pushpa Kamal Dahal ‘Prachanda’ asserted that he assumed the responsibility of Head of the Government with commitment for social justice, good-governance and prosperity.

Addressing the House of Representatives meeting here today while seeking a vote of confidence, PM Dahal clarified that he wanted to take forward politics of consensus, cooperation and mutual trust rather than the politics of negation, disrespect and vengeance as the Prime Minister.

Stating that he was standing with self-realization and self-evaluation, he said that from the experience of two previous times during his time as the PM, there was no room for making any mistakes this time.

PM Dahal said this time he as the head of the government wished to give the world a message of national unity in Nepal and pledged to remain dedicated to his duties and responsibilities and give something new to the people.

He vowed to promote the rule of law by totally discouraging the practice of gaining unfair advantages on the basis of access and connection. Leader Dahal echoed the need of having a national consensus, concluding some of remaining task of the peace process and garnering development budget worth Rs 6,000 billion.

Claiming that projects like Mid-hill Highway, South-North Corridor and efforts in the development of energy sector which were introduced during his previous premiership had contributed to advancing the development pace in the nation, he promised citizenship to all the eligible people by the next six months, the national identity card within a year, policy-level reforms in economic sector, improvement in judiciary, prevention of corruption, formulation of new acts aiming to improve civil administration service delivery system and necessary revisions in the existing laws.

The Prime Minister said he was confident that the government would be able to address mismanagement issues in the development sector and accelerate the development endeavours during his term.