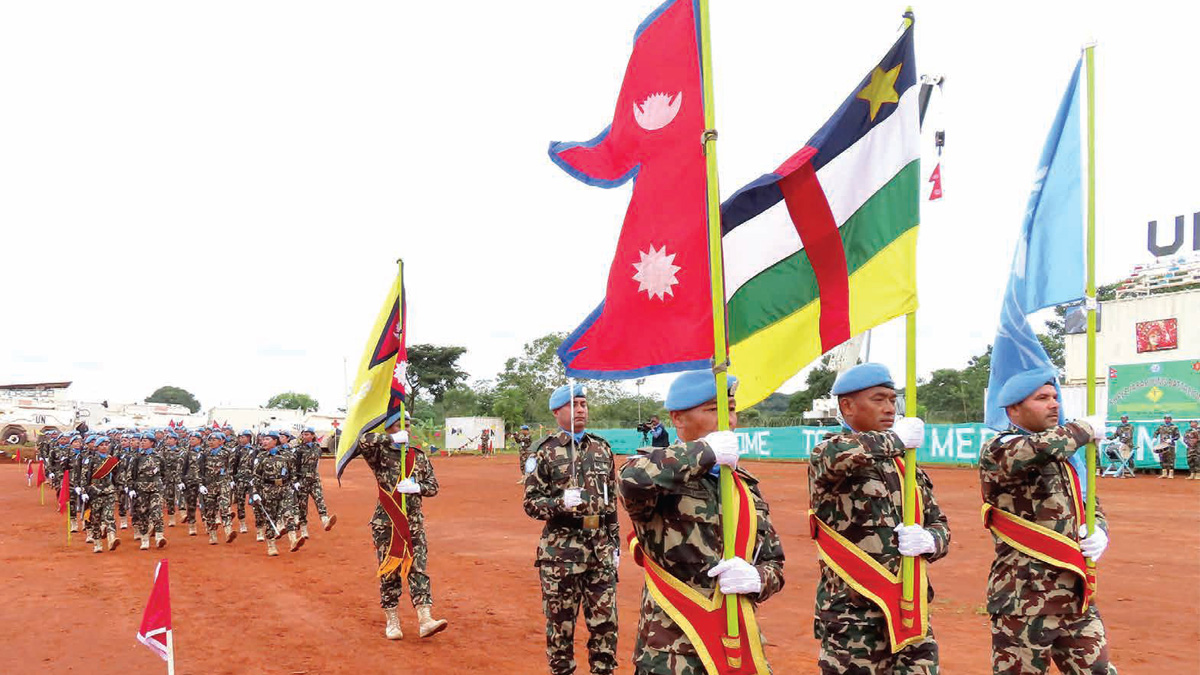 The Nepali Army (NA)’s contribution to the United Nations peacekeeping missions is memorable. The NA has been contributing to the UN peacekeeping missions since 1958 and it has strongly proved its role in the establishment of peace in the war-hit countries. The Nepali blue helmets have also been playing a commendable role in the areas of education, health and other humanitarian sectors in the UN peacekeeping mission where they are deployed.
It is said so far 60 contributors to the world peacekeeping missions from Nepal have attained martyrdom while on duty and 66 have got serious injuries.
The professionalism of NA personnel has played a role in establishing Nepal’s deeper ties with many nations in the world and citizens there, Nepal’s foreign relations experts say.
At present, Nepal holds the third position in terms of the number of troops it is sending to the peacekeeping missions at the call of the UN, according to NA.
In a 64-year journey to the UN efforts to keep world peace intact, 140,366 blue helmets have contributed to 43 missions.
Participants of a programme on need of work efficiency in the UN peacekeeping mission and a future organized on the occasion of the UN Day said the NA’s role it played under the umbrella of UN peace operations were commendable.
Government’s Chief Secretary Shanker Das Bairagi was of the view that Nepal’s support, cooperation and contribution to the UN peace campaign was incomparable.
“The NA has been abiding by UN genuine instructions during the crisis in the war-hit countries,” he said, adding that it deserves the same role in the future, too.
Chief of Army Staff Prabhu Ram Sharma said the NA was efficiently doing its role for the peace establishment given to it in the highly sensitive zone.
The NA deputes a disciplined, professional and brave workforce in the management of multidimensional conflict seen lately in the world,” the NA Chief said.
On the occasion, General Birame Diop, Military Adviser in the Department of Peace Operations (DPO), UN released a coffee table book ‘Nepali Army: Strengthening Global Peace and Security’ with pictures of the activities of the Nepali Peacekeeping Force.
The NA received a message of appreciation from the UN in recognition of its support in the world peace efforts, wishing for the success of today’s programme.
At the moment, 5,568 soldiers are deployed for peacekeeping in 12 zones in 11 countries of the world.
Similarly, 42 Nepal Police personnel and 194-Armed Police Force personnel are deputed to various countries at the call of the UN. It is said. The presence of Nepali security forces in such countries has largely contributed to the creation and cultivation of the military-civic relations. The UN has so far allocated the responsibility of force commander to nine high-level officers
At the call of the UN, blue helmets get training at the Birendra Peace Training Center based in Panchkhal of Kavrepalanchok.
Nepal has already committed to the United Nations that it is capable of sending around 10,000 peacekeepers if necessary. The UN founded on October 24, 1945, has won the Nobel Prize for its significant contribution to world peace.