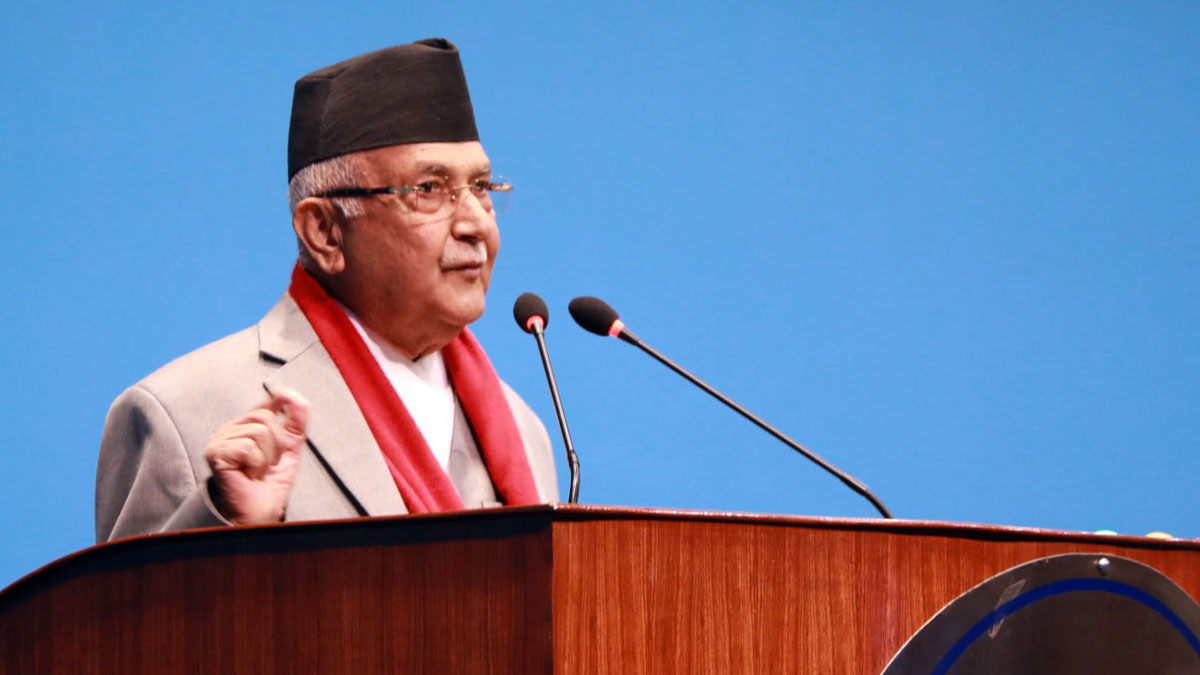 CPN (UML) Chair KP Sharma Oli has backed the proposal for vote of confidence put forth in parliament by Prime Minister Pushpa Kamal Dahal ‘Prachanda’, calling on other parties also to support the proposal.

Taking part in the discussions held on the proposal of vote of confidence in the meeting of the House of Representatives today, the CPN (UML) parliamentary party leader said, “I welcome and support the proposal. Certain political incidents should not be interpreted as suits the situation. There is no room to oppose Prime Minister Dahal at present.”

Stating that the Nepali Congress has established a new narrative in the world’s democratic exercise by giving the vote of confidence to the government while still remaining in the opposition bench, he said if there is any interest in this, then it will be proved to be meaningless.

UML Chair and former Prime Minister Oli welcomed the common minimum programme unveiled by the government on Monday.
“It (the common minimum programme) has clear commitments. The country should be taken ahead towards industrialization and modernization along with reviving the sick industries. Its implementation is also equally challenging,” he said, adding that history is something that is not repeated but a new history is to be created and the Prime Minister’s commitment raises hope. There is no need to express disagreement.

Referring to the dissolution of parliament when he was the PM, the UML Chair said we should not fear from the thinking that unconstitutional situation will always be created just that the parliament had been dissolved at some period in history. He made it clear that this type of practice has taken place from time to time even in the democratic countries in the world.

Stating that the policy and programme brought by the government is targeted to the nearly 5 million people who are under the absolute line of poverty and to the hundreds of thousands of youths who are abroad working as migrant labourer, leader Oli said retaining the youths within the country is not easy and attractive opportunities for employment should be created for this.

He also stressed on the maximum utilisation of science and technology for the country’s development.