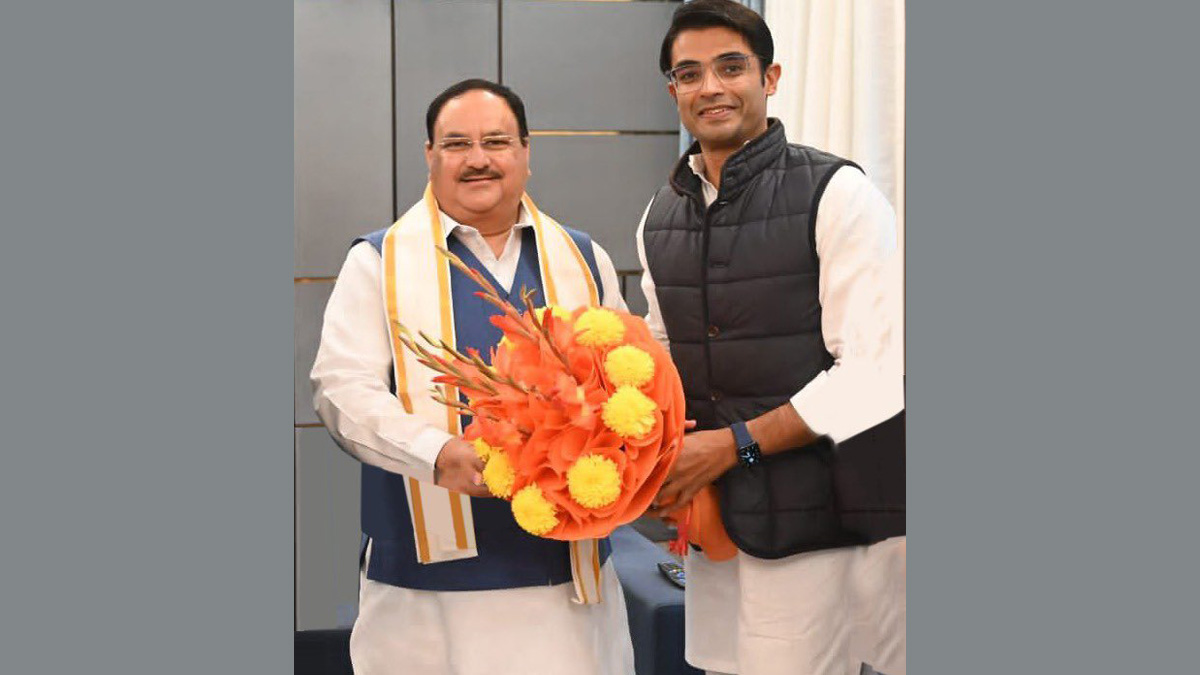 The BJP Friday included ex-Punjab chief minister Amarinder Singh and Sunil Jakhar as well as its former Uttar Pradesh president Swatantra Dev Singh in its national executive and appointed former Congress spokesperson Jaiveer Shergill as its national spokesperson.
Madan Kaushik, Vishnu Deo Sai, its former presidents of Uttarakhand and Chhattisgarh respectively, Rana Gurmit Singh Sodhi, Manoranjan Kalia and Amanjot Kaur Ramoowalia, all three from Punjab, have been made special invitees to the national executive, a BJP statement said.
Shergill, 39, who was among the youngest and most prominent spokespersons of the Congress, resigned from the grand old party in August saying he could not put up with the “sycophancy”.
“It pains me to say that decision-making is no longer for the interest of the public and the country. Rather, it is influenced by the self-serving interests of individuals indulging in sycophancy and consistently ignoring ground reality. This is something I cannot morally accept or continue to work with,” he was then quoted as saying in his resignation letter to Sonia Gandhi
Former Punjab chief minister Amarinder Singh, who had left the Congress after being replaced by Charanjit Singh Channi ahead of state elections last year, merged his Punjab Lok Congress with the BJP in September.
Sunil Jakhar, who was formerly president of the Punjab Congress, left the party in March after he was stripped of all party posts following allegations of “anti-party activities” by some of his colleagues.
Swatantra Dev Singh, one of the prominent OBC faces in UP and a union minister, was the state BJP chief for three years from July 2019.
(With PTI inputs)