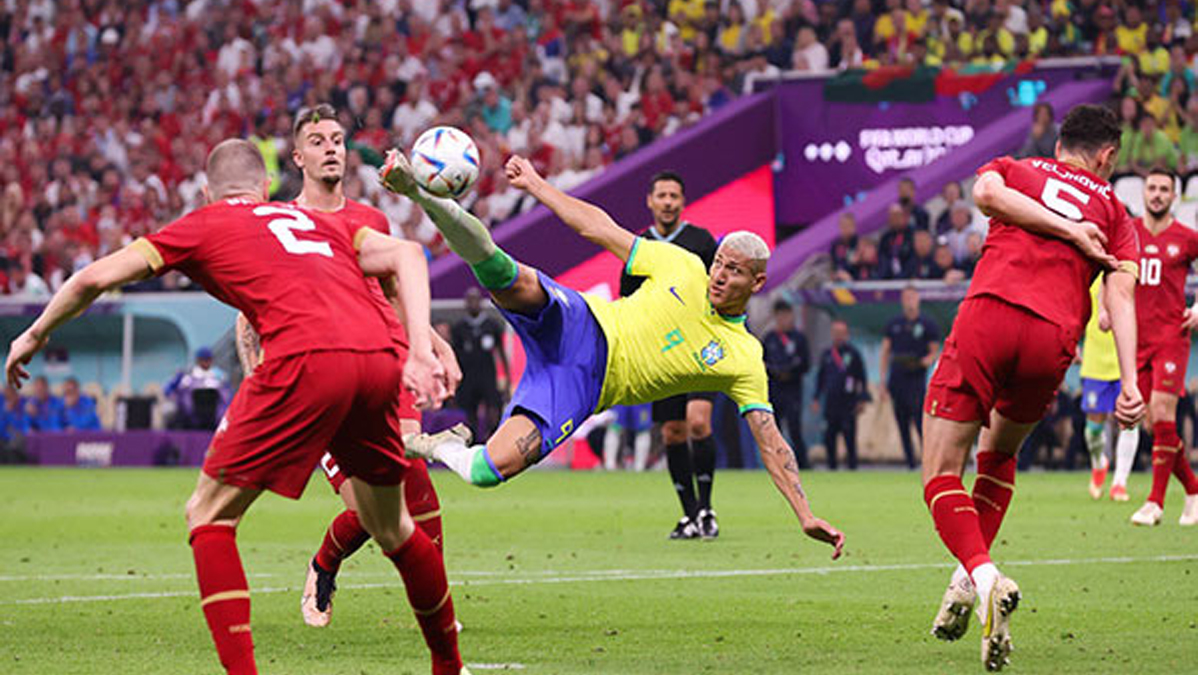 Richarlison scored a second-half brace as Brazil swept aside Serbia to register a 2-0 win in a Group G match at the Lusail Stadium.

After failing to break the Serbian defense for more than an hour, Richarlison scored twice in nine minutes to hand Brazil a comfortable win in the end.

Vinicius Jr was involved in both goals. Brazil had hit the post multiple times during the match, while Vanja Milinkovic-Savic had also made some decent saves before Brazil turned up the heat in the second half.

However, Serbia didn’t offer much up top as Alexander Mitrovic and Co. struggled to make any meaningful impact.