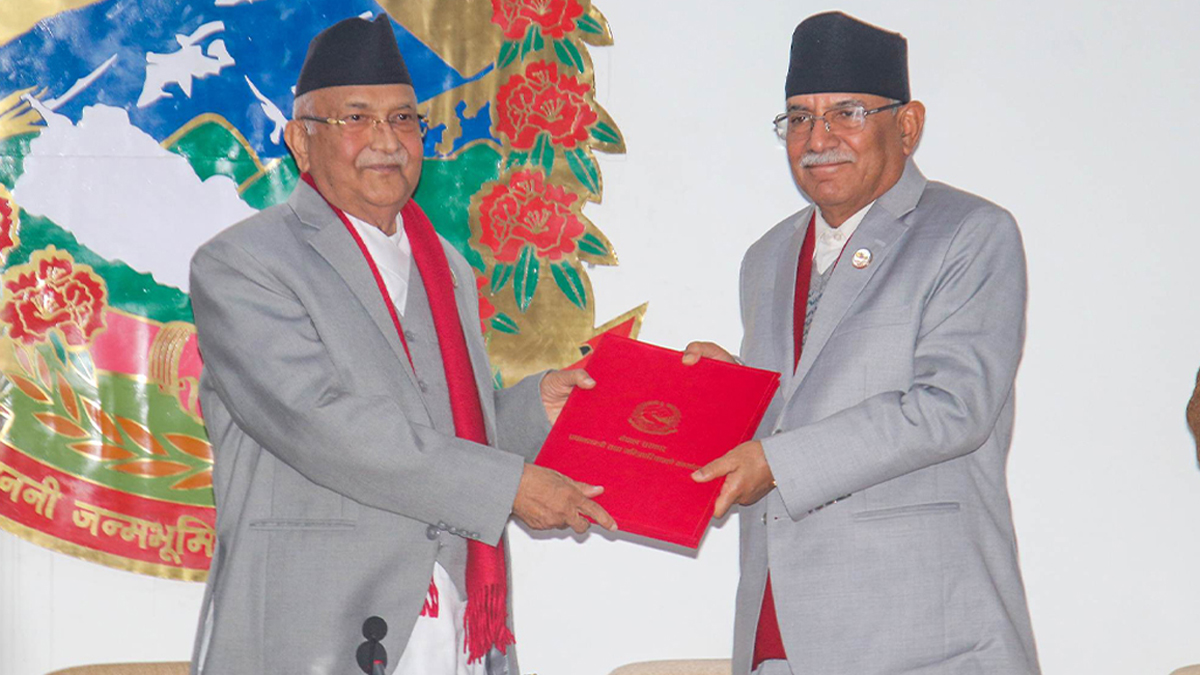 The government has made public its Common Minimum Programme that outlines its priorities as well as the tasks that will be executed during its term of office.

The common minimum program was announced in the presence of Prime Minister Pushpa Kamal Dahal ‘Prachanda’ at a program held today at the Office of the Prime Minister and Council of Ministers.

The document brings together the policy priorities and minimum programs of the ruling parties.

The CMP was developed by a task force constituted for the same by the coalition partners.