Democrats keep control of US Senate after key win 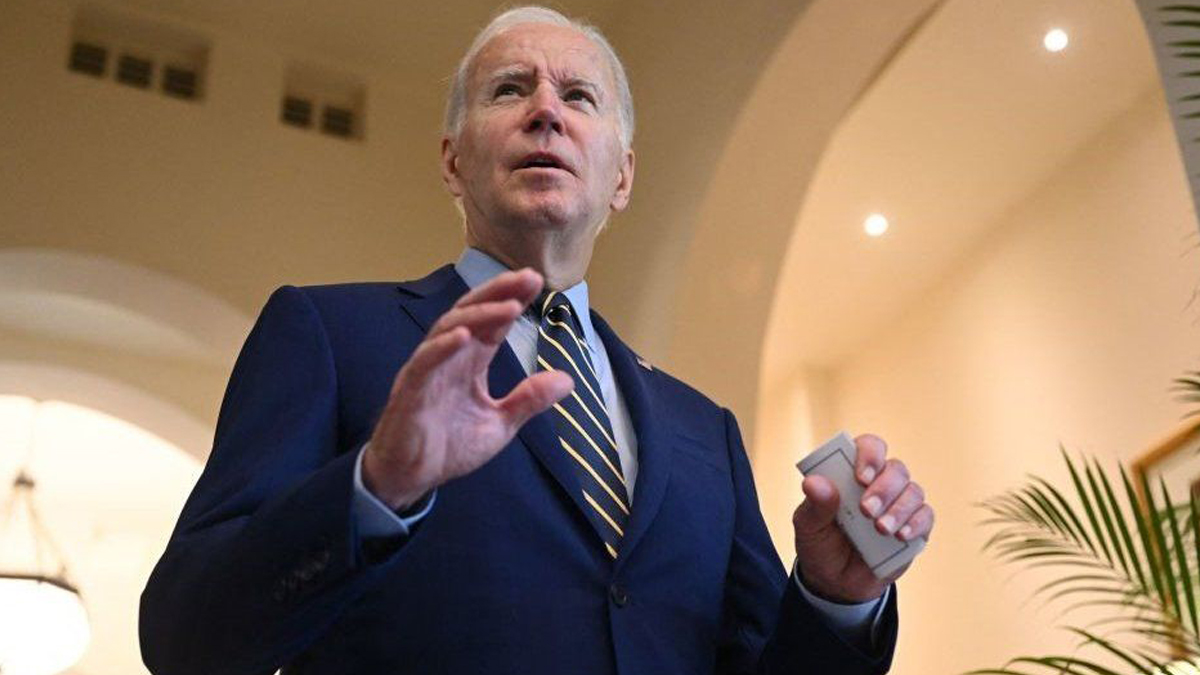 GETTY IMAGES, President Biden said that it was time for Republicans to decide "who they are"

By George Wright, Nov. 13: The Democrats will retain majority control of the US Senate after winning a pivotal race in the state of Nevada.

The results amount to the best midterm performance for a sitting party in 20 years.

US President Joe Biden said he was incredibly pleased, and it was time for Republicans to decide “who they are”.

Democratic Senate Majority leader, Chuck Schumer, said the results showed the American people had rejected what he called the “violent rhetoric” of the Republican Party.

The Democrats will now have 50 Senate seats, with Republicans currently on 49.

The remaining seat, Georgia, is going to a run-off in December. In the event of the Senate, being divided equally between the two parties, Vice-President Kamala Harris has the casting vote.

Republicans could still take control of the US House of Representatives as votes continue to be tallied from a handful of districts after Tuesday’s elections.

If the Republicans win the House they could still thwart much of Mr Biden’s agenda.

“I’m not surprised by the turnout. I’m incredibly pleased. And I think it’s a reflection of the quality of our candidates,” Mr Biden said in Cambodia, where he is attending a summit.

Schumer said the country “showed that we believed in our democracy and that the roots are strong and it will prevail as long as we fight for it”.

Cortez Masto was neck-and-neck with her challenger Adam Laxalt throughout the midterm elections.

The Republican gained notoriety two years ago for championing defeated former President Trump’s false claims of election fraud. One recent poll had Laxalt making inroads with Latino voters, who make up one in five eligible voters in Nevada.

But Cortez Masto managed to secure victory, and with it her party’s control of the Senate.

The result is a big blow to the Republicans, who were hoping for a “red wave” – an electoral rout which would deliver a harsh rebuke of President Biden and his Democrats.

While the Republicans have made modest gains and remain favoured to win the House of Representatives, the Democrats have performed much better than expected.

Trump – who continues to insist, falsely, that he won the 2020 presidential election – has been making unsubstantiated claims about the midterms.

“The Democrats are finding all sorts of votes in Nevada and Arizona. What a disgrace that this can be allowed to happen!” he posted on his Truth Social platform on Friday.

Trump is expected to announce that he will run for president again in 2024, but candidates he backed received mixed results in the midterms.

Republican Senator Josh Hawley – who represents Missouri – said after the Senate result that the old party was “dead” and it was time for something new.

The midterm elections are for Congress, which comprises two parts – the House of Representatives and the Senate.

Congress makes nationwide laws. The House decides which laws are voted on while the Senate can block or approve them, confirm appointments made by the president and, more rarely, conduct any investigations against him.

These votes are held every two years and when they fall in the middle of the president’s four-year term of office, they are called the midterm elections.

Each state has two senators who sit for six-year terms. Representatives serve for two years and represent smaller districts.

All the seats in the House of Representatives were up for election in the midterms, alongside one-third of the Senate.

Several major states also have elections for their governor and local officials. (BBC)