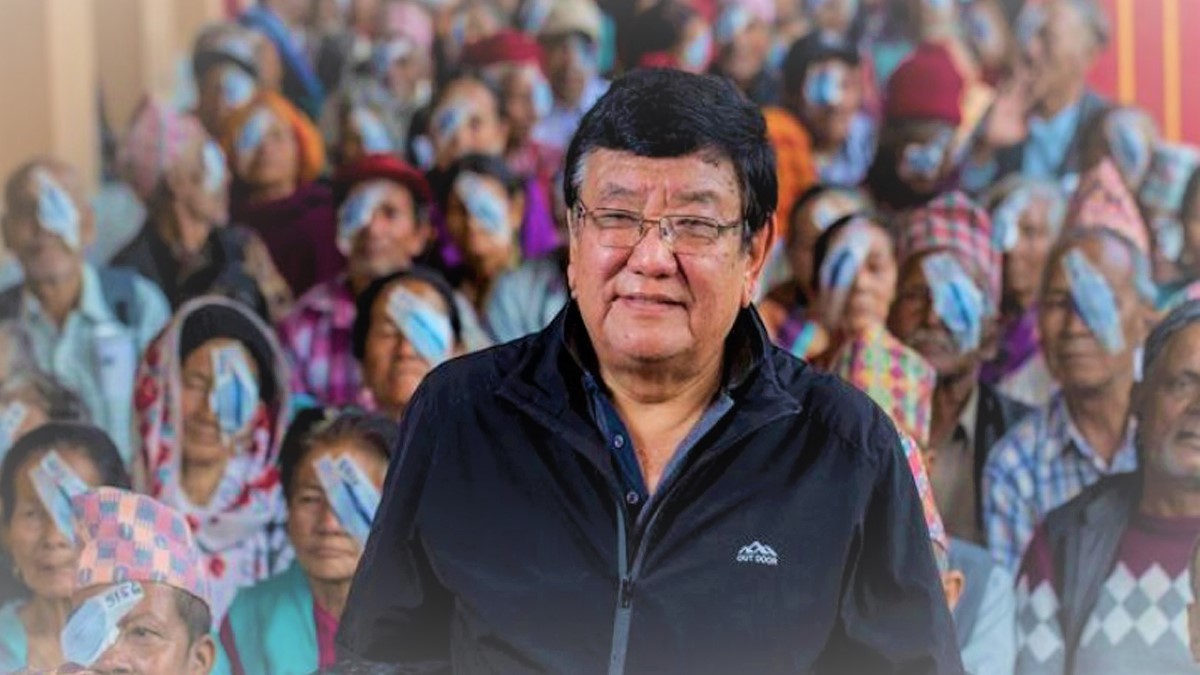 A globally recognized Nepali  ophthalmologist Dr Sanduk Ruit has won the Isa Award for Service to Humanity, a top civilian award of Bahrain.

Established in the name of Sheikh Isa bin Salman Al Khalifa, the former King of Bahrain, the award is given every two years to an individual or organisation active in the field of human welfare from around the world.

The Isa Award for Service to Humanity organisation, established in 2009, has the King of Bahrain Sheikh Hamad bin Isa Al Khalifa as ‘Honorary President’. The organisation has been presenting this award since 2013. Dr Ruit is the recipient of the fifth edition of the award.

Dr Ruit was announced as a winner amidst a press conference by Shaikh Mohammed bin Mubarak Al Khalifa,a member of the royal family.

The award announcement ceremony was held in Bahrain’s capital, Manama, on Tuesday. Dr Ruit was selected for the ISA Award for his work on blindness prevention. The award carries a cash prize of USD 1 million, a certificate of merit and a gold medal.

Dr Ruit is world-famous for devising a new method for treating cataracts. He was also able to develop a new lens implanted inside the eyeball that could be produced at a much cheaper price than its counterparts. This has helped him in performing cataract surgeries in less than five minutes during which he removes the cataract without stitches through small incisions, and replaces them with a cost-effective artificial lens.

He was able to treat more than 120,000 patients with avoidable blindness for free.

Ali Abdullah Khalifa, Secretary-General of the Isa Award for Service to Humanity, said that 145 candidates from across the world had applied for the award in its fifth session 2021-2022. Of the total applicants, 139 applicants were accepted after validating their applications.

“Board of Trustees and the Secretariat General of the Award, alongside the judging panel consisting of world-renowned personalities representing the 5 continents, worked tirelessly and diligently to review and evaluate all applications. The applications were then shortlisted to five,” it added.

A group of distinguished individuals including scientists, professors, and former politicians chose Dr Ruit for the award.

Dr Ruit studied medicine in India, and he got a gold medal in surgery during his MBBS. He received the Ramon Magsaysay Award in 2006. In 2018, the Government of India honoured him with the Padma Shri award. In 2072 (BS), he received Bhutan’s highest honour, the National Order of Merit, for playing a role in restoring the sight of hundreds of people and preventing blindness. Additionally, he received the Prime Minister’s National Talent Award in Nepal in 2075 and the well-known Prabal Jana Sewa Shree Medal in 2077.

After the announcement of the Isa Award, Dr Ruit said this is the biggest award he has ever received.

The biennial award will be presented at a ceremony to be held under the patronage of King Hamad Bin Eisa Al Khalifa at the Isa Cultural Centre in Manama next month.