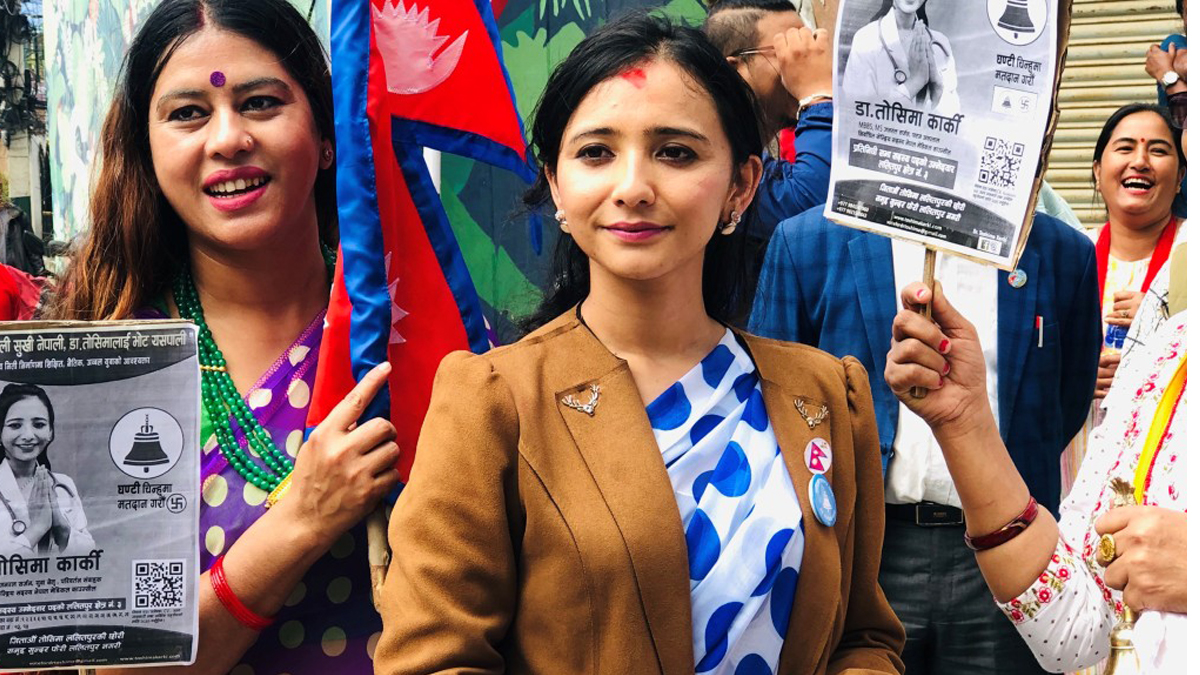 The Election Commission has scrapped the candidacy of Dr Toshima Karki. She is the candidate of Rastriya Swatantra Party from constituency no 3 of Lalitpur district.

The EC decided to disqualify the candidacy of Dr Toshima Karki, reasoning that she was found holding the public post by being elected a member of Nepal Medical Council.

A complaint was filed at Office of Chief Returning Officer in Laltipur, demanding the cancellation of Dr Toshima’s candidacy as she was holding the public post. The Office had sought clarification from the candidate and forwarded the documents along with the clarification papers to the EC.

Dr Toshima Karki was elected as a member of NMC for four years since December 19, 2011. Although she was not getting salary for being the executive member of the NMC, she was found taking allowance since April 22, 2022 to August 18, 2022 during involvement in inspection and monitoring, according to EC Assistant Spokesperson Kamal Bhattarai.