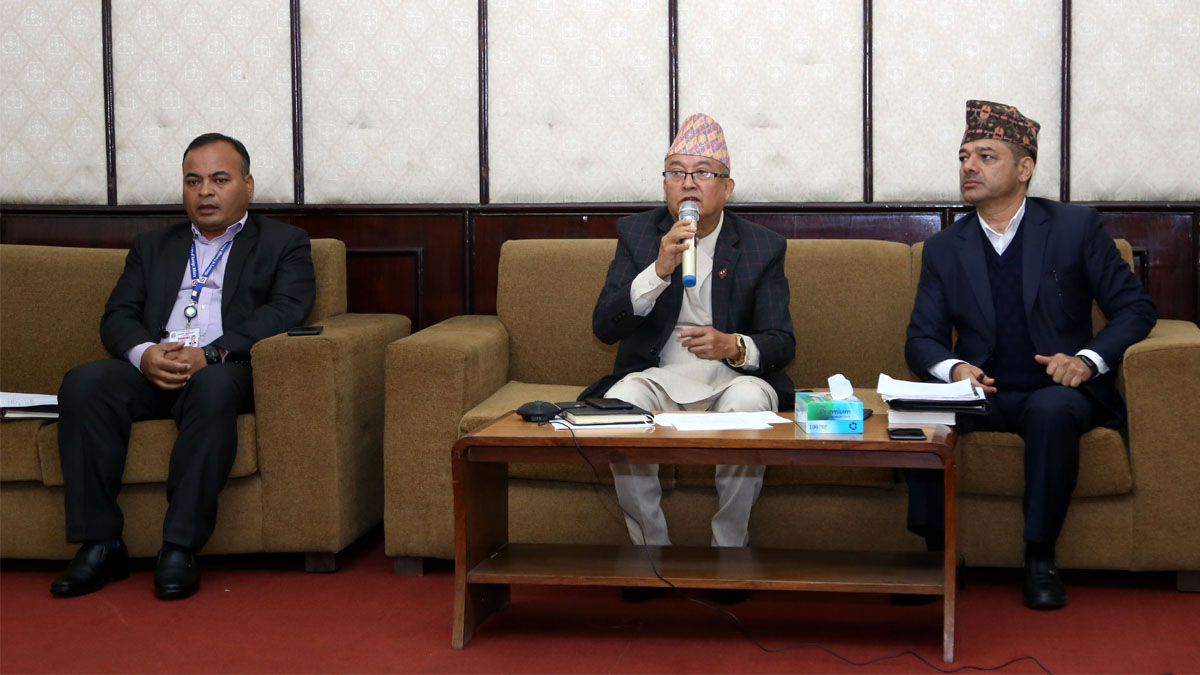 The Election Commission said all election-related preparations were completed and the voters could cast their ballot on November 20 parliamentary election in a fearless manner.

A total of 246,960 staffs and around 300 thousand of security persons have reached their respective duty stations with election materials for the upcoming twin poll, the Commission said.

The Commission appealed to the voters to exercise their franchise without being under the influence of anyone or without being fearful and intimidated. The Commission shared that all managerial works related to election were completed and security arrangements are in place to make the election free and fair. The election will be held in a transparent and peaceful environment.

At a press conference organized here by the Commission on Thursday, Chief Commissioner Dinesh Kumar Thapaliya said that the Commission was aware about the election management and operation getting adversely affected due to dissemination of false and misleading information and hate-speech at home and abroad for vested political interest prior and after the election.
Thapaliya requested the election staffs, security persons, observers, monitoring team members or any individual to inform the concerned authorities about any activity imperiling the election process that come to their knowledge and asked the concerned authority to prevent such activity from happening and take action against the wrongdoers.

He said that a ‘reserve force’ was in place which could reach the site within 30 minutes to deal with untoward activities.
As silence period begins from this midnight (Thursday) onwards, none can run election campaign during this period publicly.
Towards this, the Commission has directed the Advertisement Board to monitor whether the election-related promotional materials were posted or shared in social networking sites and other digital platforms during the silence hour.

Furthermore, directives were also issued for those concerned ones to remove the contents related to election campaign from social networking sites and other digital platforms.

Moreover, to assure equal access of women, senior citizens, expecting mothers, new mothers, critically-ill persons, Dalits, people with disabilities, sexual minorities and other marginalized communities to the polling centres and stations, the Commission directed the election staffs and security persons to create enabling environment for them to vote conveniently.

There are 2,412 candidates contesting for the House of Representatives member under the First-Past-The-Post system (FPTP) while 2,199 candidates were vying under the Proportional Representation (PR) as per the closed list in the Commission.
Likewise, 3,224 candidates were running for election for Province Assembly under the FPTP system and 3,708 under PR. A total of 80,567,500 ballot papers have been printed and transported to the designated polling centres for the twin elections to be held under FPTP and PR system.

Altogether 7,219 observers, national and internationals, have been selected to observe the election.

Additionally, representatives of 18 foreign diplomatic missions in Nepal will also monitor the election on the voting day.
As silence hour is effective 12:00 midnight on Thursday, sales, distribution, as well as consumption of alcohol, are prohibited from midnight to the day vote counting is completed.

For the effective implementation of this election code of conduct, the Commission has activated monitoring mechanisms and local levels in all 77 districts, Chief Election Commissioner Thapaliya said.