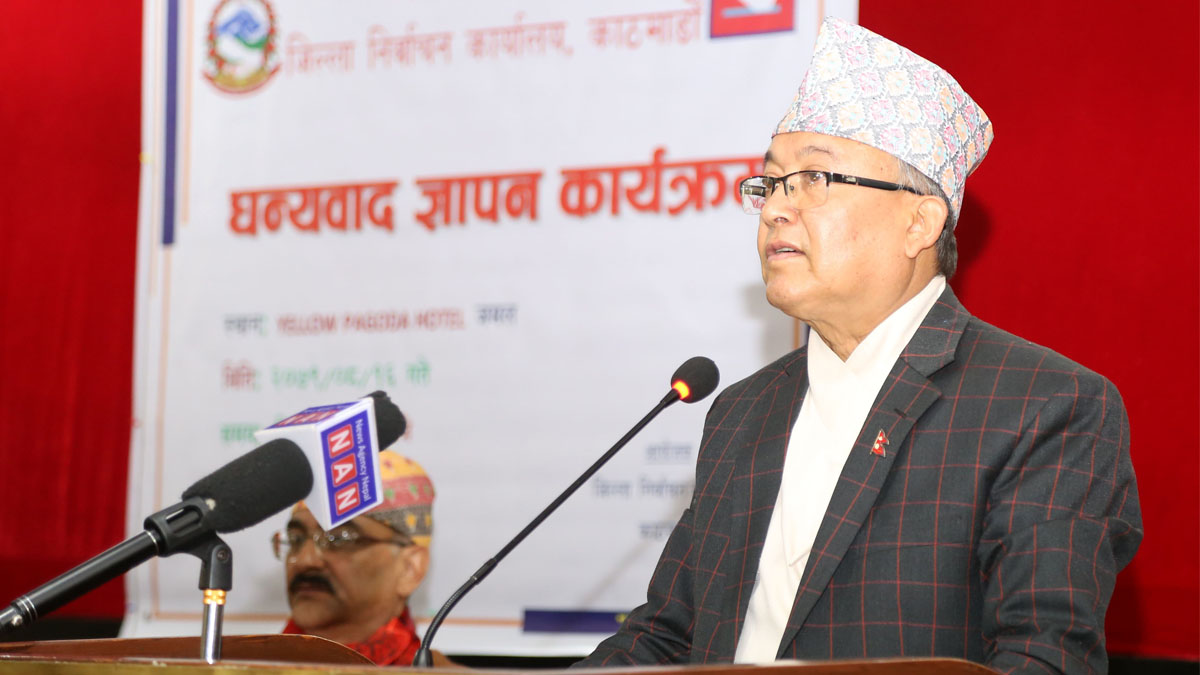 Chief Election Commissioner (CEC) Dinesh Kumar Thapaliya has said the elections to the House of Representatives and Province Assembly-2022 have been successful in establishing an advanced political culture in the nation.

In his address to a program organized to thank chief election officers, election officers, and district chiefs of security bodies by the District Election Office, Kathmandu here today, the Chief Election Commissioner said the expectations for credible elections had been largely achieved this time.

“We have been observing the general elections since 1991. There were complaints about prodigality in each election and this time we believe that we have been able to establish the fact that policies, principles, ideologies, integrity, and commitments matter in the election instead of access, money, and muscle power,” he said.

According to Thapaliya, the EC this time was successful in closely regulating election challenges due to the spread of propaganda, misinformation, and hate speech by those people who intend to spoil the election atmosphere.

He said a principle has been now established that the election could not be affected physically or from the streets but also through the social network.

According to him, a norm has been established from this time that an environment should be created wherein the candidate facing defeat in the election could congratulate the winner from the heart.
Stating that the election officers have carried out their works in the best possible way, the Chief Election Commissioner also thanked them and urged them for suggestions if any obstacles were faced while carrying out their duty.

He said the Election Commission is not satisfied with the existing election-related laws. “We are not satisfied with the existing legislations related to the election. The process of amending the laws would be forwarded soon,” CEC Thapaliya added. He stated that the topic of amendment to the laws would be introduced in the new session of the new parliament.