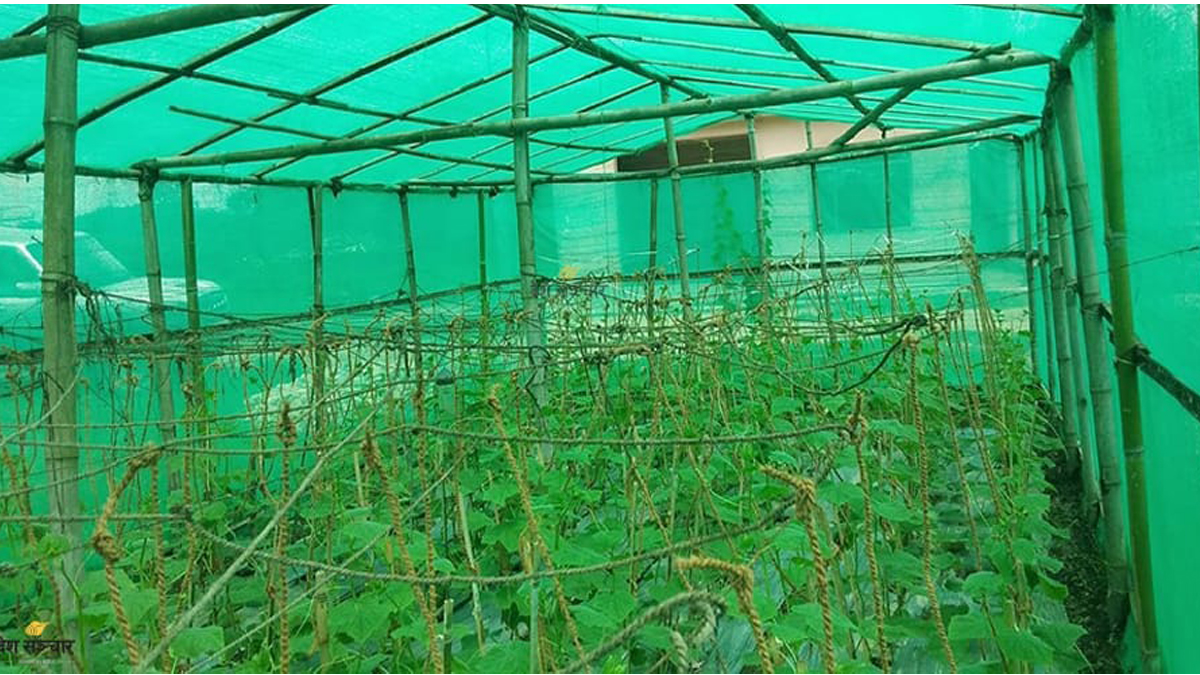 The existing pesticides-dependent agricultural system has its consequences on public health, soil fertility, water system, and the ecological sector, according to experts.

The experts present an idea of promoting organic farming as a substitute to the existing harmful practices of farming.

They were putting their views in an interaction program on ‘organic farming: revitalizing food system’ organized here on the occasion of World Food Day which is celebrated every year on October 16 to commemorate the date of the founding of the United Nations’ Food and Agriculture Organization in 1945.

Nepal Agricultural Research Council (NARC) senior scientist Bal Krishna Joshi said that in a relative term local crops are healthy and meet the requirements of a balanced diet than the crops produced with the use of modern technology.

Food activist Pramod Dahal expressed his concern over the rising use of chemical substances in agricultural production and its growing health hazard including on children.

Department of Agriculture deputy director-general Dr. Hari Bahadur KC was of the view that a total organic farming system was not sufficient to meet the food needs, ensure food security and food sovereignty and agricultural system both should be applied simultaneously.

Joint Secretary at the Ministry of Agriculture and Livestock Development, Sabanam Siwakoti, said that time required us to increase agricultural production and the use of chemical fertilizer and pesticides on crops should be gradually reduced instead of completely banning it promptly.

Farmer representative Madhav Dhungel accused the educated community of spoiling the agri-sector and those in the decision-making levels of showing double standard.

Agricultural Campaign for Food coordinator Uddhav Adhikari was of the view that only an organic farming system would contribute to reducing the impact of climate change.

Similarly, also speaking on the occasion, National Inclusion Commission Chair Dr. Ram Krishna Timalsina, insisted on the need of promoting organic farming as an alternative to pesticides-based farming that has caused increasing public health hazards. He accused the double role among the government officials in causing hurdles in the promotion of organic farming.

President Bidya Devi Bhandari’s principal private secretary Dr. Bheshraj Adhikari said though the Constitution has guaranteed the right to food as the fundamental right of the people, implementation of such right is impossible in absence of a reliable food production system.