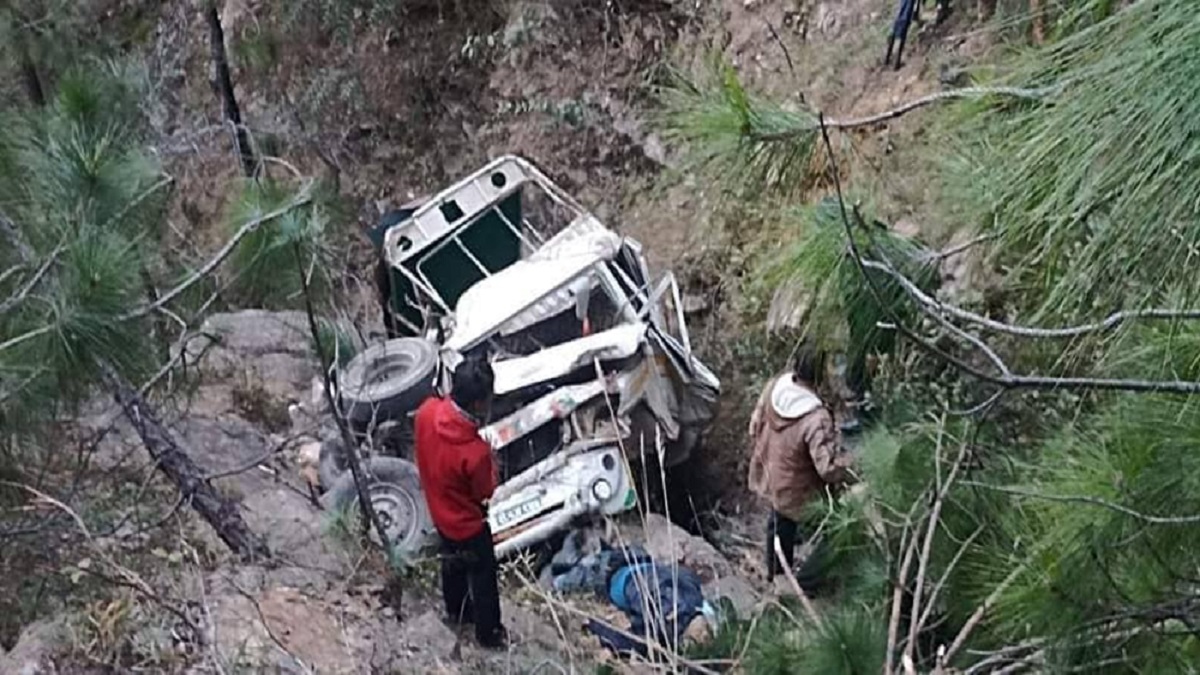 Four policemen died in an accident while returning to their office after delivering ballot boxes to Patan in the Baitadi district.

The deceased have been identified as assistant head constable Arjun Kathayat and constables Lok Bahadur Bathamagar, Ramesh Saud, and Birkha Bahadur Bista, according to the Chief District Officer Suresh Panthi. Nine police personnel including the driver were injured in the accident. Of the deceased, Bathamagar, Saud and Bista died on the spot, and Kathayat at Patan primary health center.

Of the injured (head constable Ganesh Khadka, assistant head constable Gopal Bahadur Pal, constables Putali Khadka, Naresh Kathariya, Aasha Dhami, Bhanu Bista, Tikendra Airee, Chandra Singh Thagunna, and Dev Ram Mahar), Ganesh and Putali have been transported to Kohalpur on a helicopter of the Nepal Army, said Panthi. Of others receiving treatment at the center, Kathariya, Dhami and Mahar are reported to be in serious condition, and preparations were underway to transport them elsewhere on a helicopter, said the district administration office, Baitadi.

A jeep (Se 1 Ja 854) carrying police personnel skidded off the road and fell some 300 meters into the local Ningladi river at Patan Municipality-4 in Baitadi district along the Dasharath Chand Highway today morning, leading to the tragedy. The ill-fated vehicle was returning after transporting filled ballot boxes to the district headquarters. Sleep deprived driving is said to be a blame for the accident, said Panthi. It has been said that the driver droved overnight in transporting filled ballot boxes. Further investigations were underway, said the police.