Lawmakers elected to HoR through PR system election get certificates 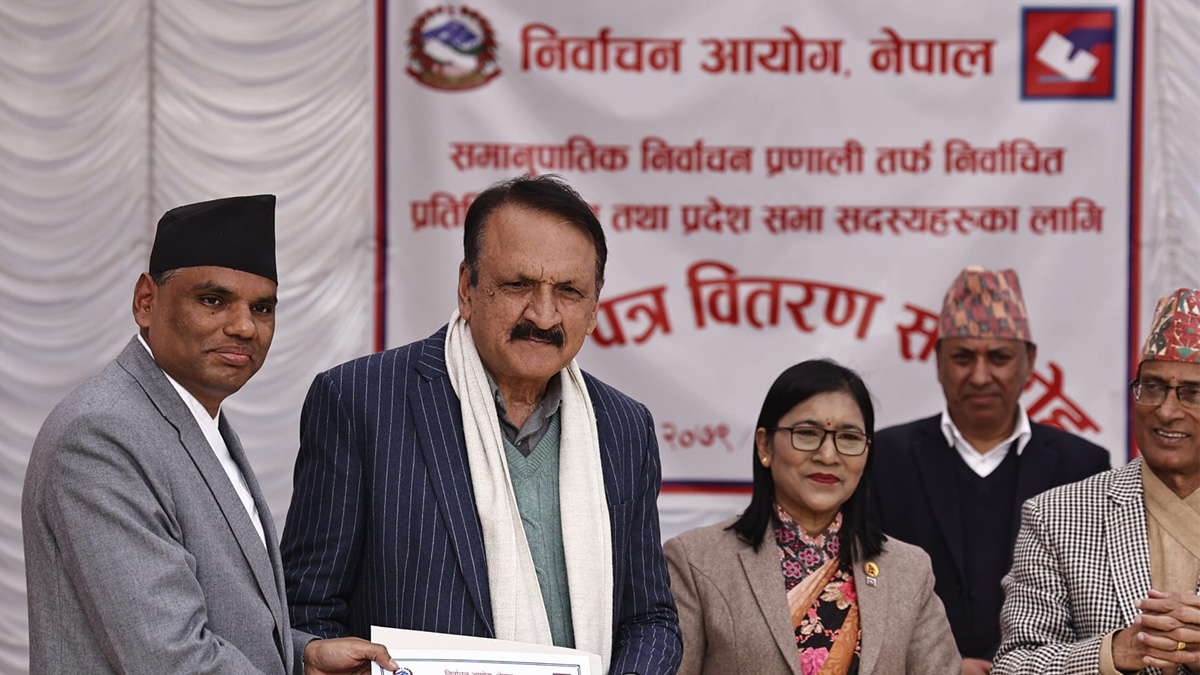 The Election Commission has presented certificates to the newly elected lawmakers elected to the House of Representatives (HoR) through the proportional representation (PR) system of election.
Chief Election Officer of the PR election system and EC secretary Gokarna Mani Duwadi handed the certificates to the lawmakers amid a programme held at the Election Commission today.
Chief Election Commissioner Dinesh Kumar Thapaliya had congratulated the newly elected MPs elected through the PR system of election.
One hundred and ten lawmakers have been elected to the HoR under the PR system of election. The CPN (UML) has the largest number of PR lawmakers in the HoR. It has 34 lawmakers under this category, the Nepali Congress has 32 lawmakers, the CPN (Maoist Centre) 14, the Rastriya Swatantra Party 13, the Rastriya Prajatantra Party seven and the Janata Samajwadi Party Nepal and the Janamat Party five lawmakers each elected under the PR electoral system.