Newly-appointed US Ambassador Presents his Credentials to President Bhandari 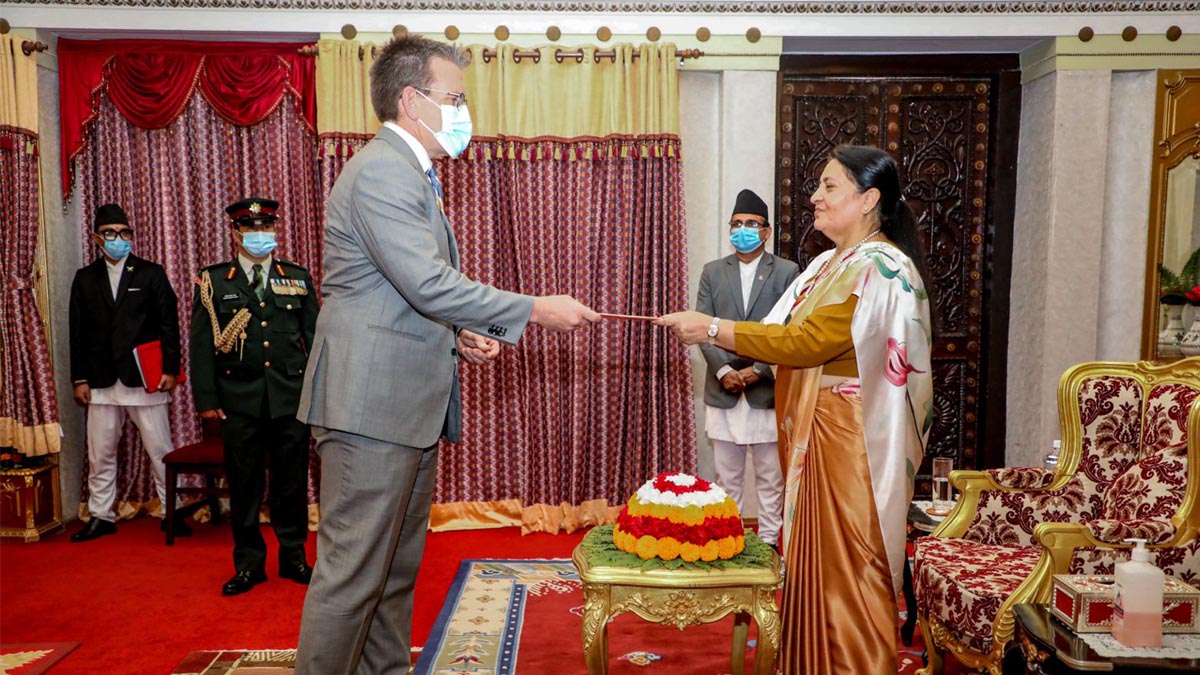 Newly-appointed Ambassador of the United States (US) to Nepal, Dean Thompson on Friday presented his credentials to President Bidya Devi Bhandari at Shital Niwas.

After presenting the credentials to President, Ambassador Thompson, on his Twitter, said that it is an honor to serve as U.S. Ambassador to Nepal.

He said that he looks forward to working with the leaders and people of Nepal to ensure that the successes of the next 75 years of the U.S.-Nepal partnership surpass the last. 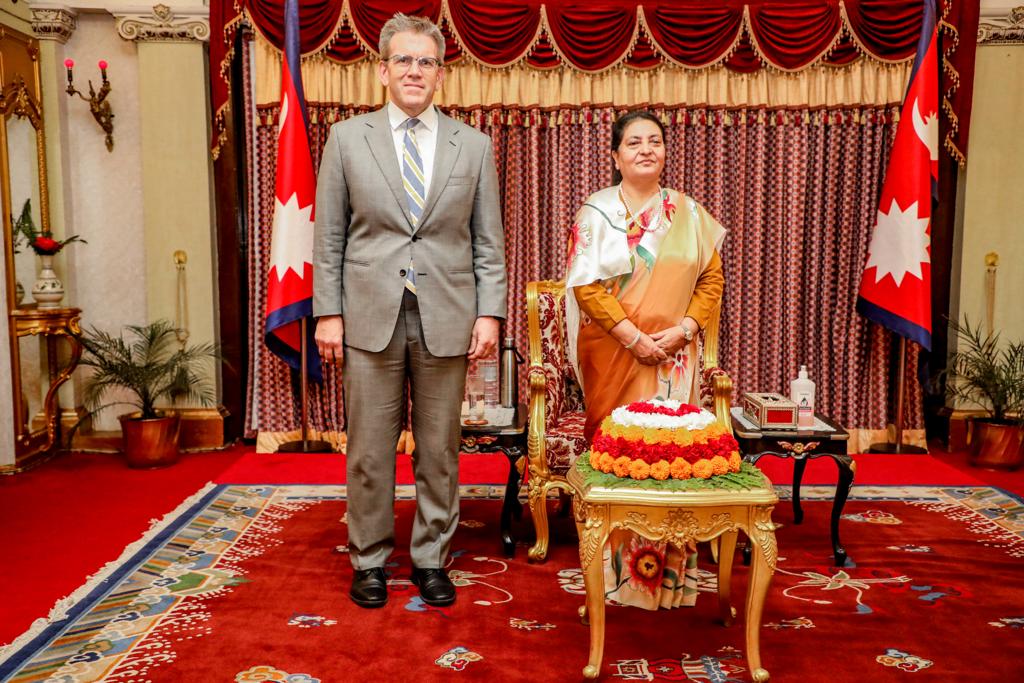 He replaced Randy Berry, the US ambassador to Nepal.

Thompson has served as Consul General at the US Consulate General in Kolkata, India. Apart from English, he is fluent in Romanian and Bengali languages. 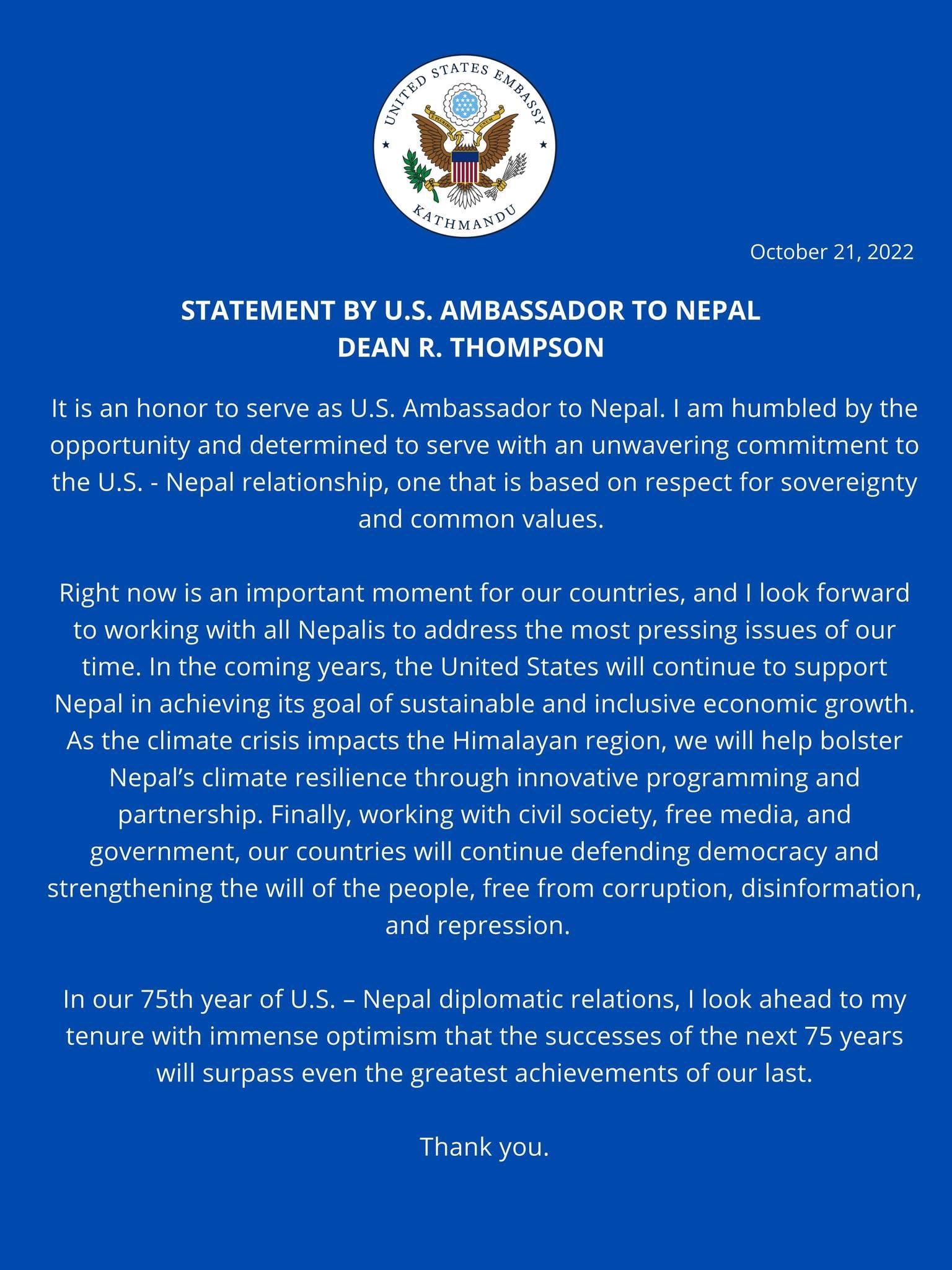