One killed in Bajura earthquake 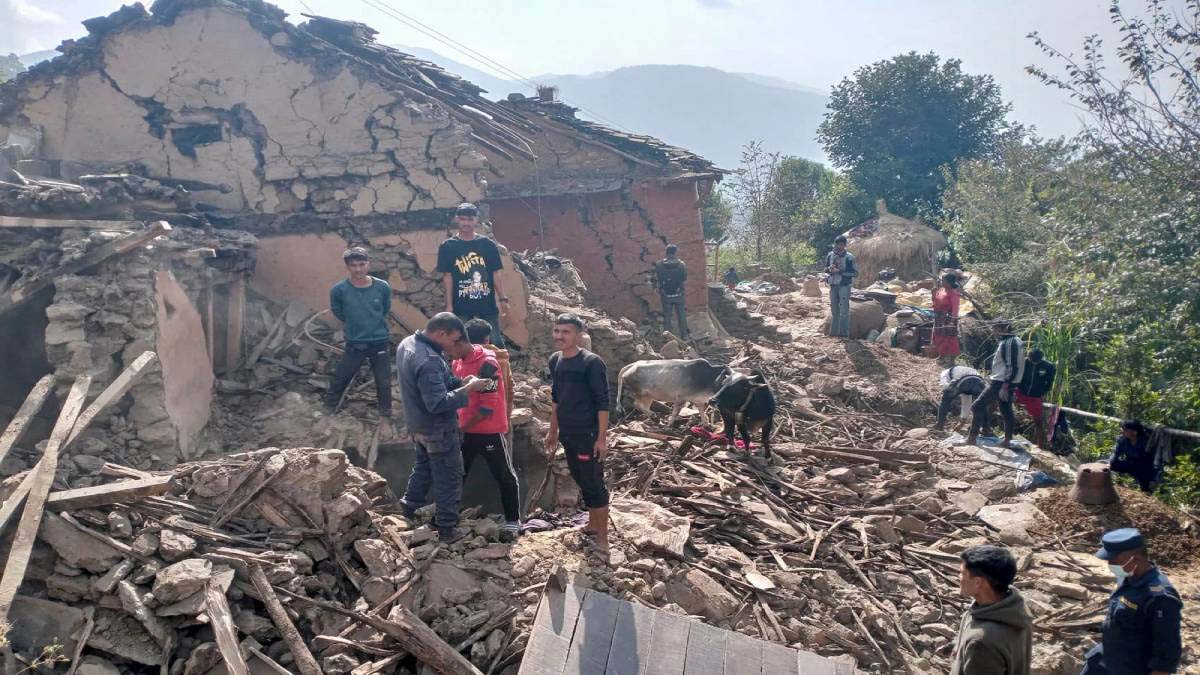 One person was killed and one other was injured as a result of the earthquake that struck Bajura and Bajhang districts on Tuesday afternoon.

Jamuna Rokaya of Gaumul Rural Municipality-2 of Bajura died after she was hit by a boulder during the jolt.

Several houses have been damaged by the quake.

A 5.9 magnitude earthquake with an epicentre in Bichhayan of Himali Rural Municipality jolted west Nepal at 2:43pm, sending people out of their homes.

Similarly, strong tremors was felt across Delhi, the capital of India and other parts of North and East India.