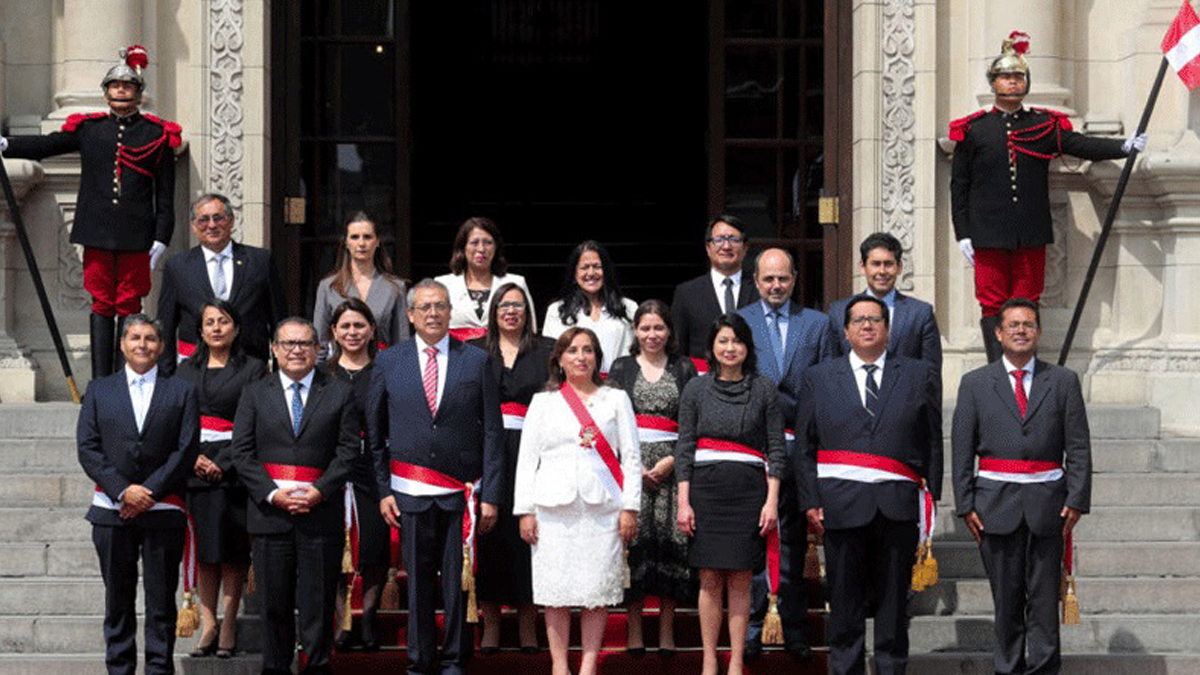 Peru’s newest president, Dina Boluarte, swore in her Cabinet on Saturday just three days after becoming the country’s first female head of state and asked each minister to pledge not to be corrupt while in office.

The 17 ministers picked by Boluarte, who on Wednesday was elevated from vice president to replace the ousted Pedro Castillo as the country’s leader, will be key to further inflaming or calming a South American country experiencing a seemingly endemic political crisis.

Boluarte presented her centrist government amid demonstrations across Peru calling for her resignation and the scheduling of general elections to replace her and Congress.

She asked each of the nine men and eight women to swear or promise to perform their duties “loyally and faithfully without committing acts of corruption.” All Cabinet members knelt before her and wore red-and-white sashes tied around their waists. A large crucifix was placed in front of most Cabinet members when they responded to Boluarte’s question.

Fluent in Spanish and Quechua, Boluarte was elected as vice president on the presidential ticket that brought the centre-left Castillo to power last year. She was minister of development and social inclusion during the 17-month administration of Castillo, a rural schoolteacher with no previous political experience.

Boluarte, 60, replaced Castillo after he stunned the country by ordering the dissolution of Congress, which in turn dismissed him for “permanent moral incapacity.” He was arrested on charges of rebellion. His failed move against the opposition-led Congress came hours before lawmakers were set to start a third impeachment attempt against him.

She addressed the nation after Saturday’s ceremony and promised Peruvians a government open to dialogue. She said her team will work for the country’s economic reactivation and social justice and walk “the path of progress.”

“I want to assure you that I have worked hard to form a ministerial Cabinet for unity and democratic consolidation (and) that is at the level of what the country requires,” Boluarte said. “… The national unity government will be for all Peruvians.”

Castillo cycled through more than 70 Cabinet members during his administration. Some of them have been accused of wrongdoing.

Boluarte has said she should be allowed to hold the office for the remaining 3 1/2 years of his term. But protesters are demanding new elections. Some of those demonstrating in favour of Castillo have called her a “traitor.”

Boluarte’s Cabinet includes lawyers Pedro Angulo, an anti-corruption prosecutor who was named prime minister, and Alberto Otárola, who will serve as minister of defence, a job he held a decade ago. She also swore in Alex Contreras and Ana Gervasi as ministers of economy and foreign affairs, respectively. They both previously served as deputy ministers in those agencies.

She is yet to appoint ministers of labour and transportation.

On Saturday, people protesting Castillo’s detention broke the windows of a police station in a community in the Andes as they tried to storm into the building, according to state media, which showed footage from inside the facility. A state news channel reported that protesters briefly detained two police officers. (AP)