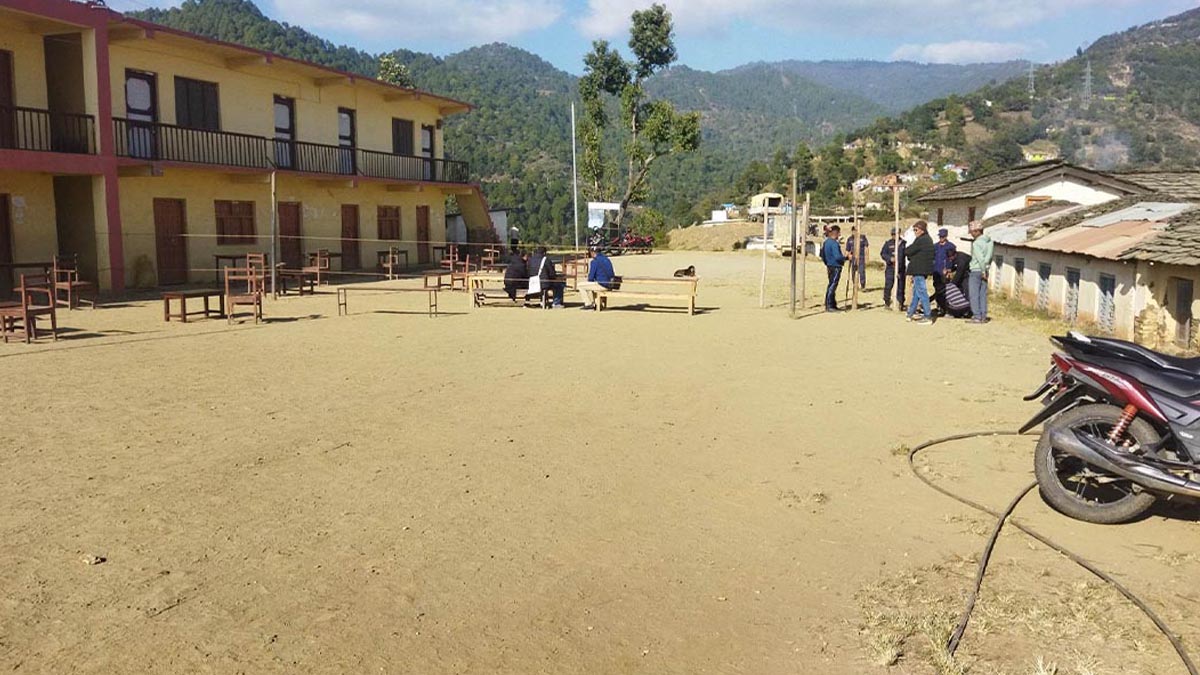 Security has been beefed up in Dadeldhura, the home district of Prime Minister and Nepali Congress President Sher Bahadur Deuba, in view of the elections to the Member of the House of Representatives and Province Assembly. The voting for the twin elections is taking place tomorrow, November 20, simultaneously across the country.

Over 2,000 security persons have been mobilized in the district. According to Chief District Officer Mohan Raj Joshi, they include the Nepal Army, Armed Police Force, Nepal Police, and temporary security personnel hired for election purposes.

Security arrangements are in place to put three lines of the security force for the security of voting stations. There will be the Nepal Police in the first cordon while the APF will cordon the second line followed the NA force in the third cordon, according to him.

During the elections period, security mobile teams have been mobilized while reserve teams are also on standby for the deputation on a need basis.

Dadeldhura consists of 101 voting stations and of them, 23 are categorized as the most sensitive, 41 sensitive, and 37 as general. Chief Election Officer Balkrishna Wagle said all polling centers in the district have already witnessed the arrival of election materials, employees and security personnel.

Works have already begun to install the voting booths and the entire preparations for the voting will complete before the commencement of the voting tomorrow. One polling center is guarded by a troop of seven to 12 security persons who also include the temporary police and a team of eight employees has been assigned in each polling center to handle the voting procedures, according to the Office of Chief Election Officer.

A total of eight candidates including Prime Minister Deuba are competing for the HoR election from Dadelhdura having a single constituency for the federal elections. Likewise, 12 people have fielded candidacies for two PA seats.