Traffic along Narayangarh-Mugling to halt four hours a day 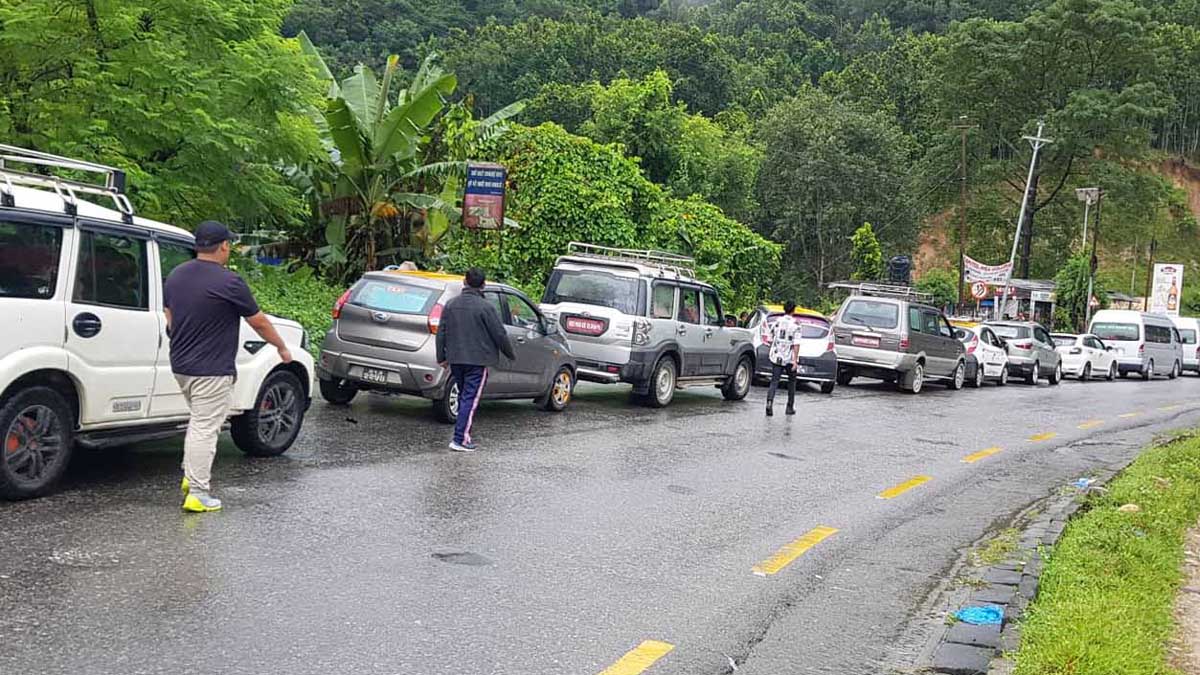 Traffic along the Narayangadh-Muglin road will be halted for four hours a day to construct bridges.
A meeting of the stakeholders today at the district administration office took a decision to halt traffic along the road for one month to build bridges, it has been said. The transport halt is scheduled between 11 am and 3 pm. However, emergency vehicles like ambulances and fire engines will be allowed as per the need, it has been decided.
Cutting hills at Simaltal, Kalikhola, Tuine Khola and Chisenji will take place, said Chief District Officer Ashman Tamang. Passenger buses, mini and microbuses and light vehicles will be barred from plying along Pandhrakilo Bazaar and Jugedi between the time period, he said.
Similarly, heavy vehicles including lorries, trucks, tipper trucks and tankers will be stopped from Bhateri forest to Ramnagar from 10:50 am.
Passenger buses heading from Kathmandu will be stopped between Mugling Bazaar and Manakamana Gate at 10:55 am, and those heading from Pokhara between Benitar and Powerhouse.
Likewise, lorries heading from Kathmandu will be halted at Lebatar at 10:45 am, and those heading from Pokhara at Anbu Khaireni.
Repair of roads at other various places along the road will also take place during the time.