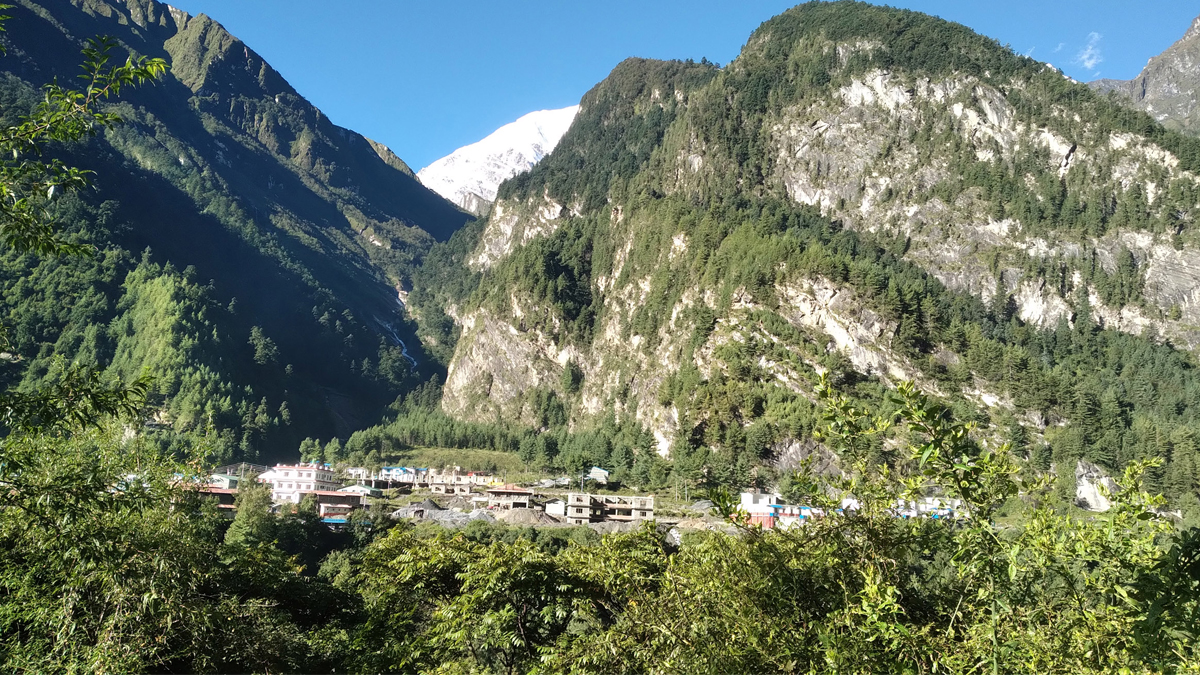 A village in Manang district/File Photo for Representation

A total of 82 tourists- domestic and foreign combined- stranded in Manang, a mountainous district, have been rescued after they were stranded due to adverse weather.

Chief of the Annapurna Conservation Area Project (ACAP), Lekhnath Gautam, said the tourists were stranded because of adverse weather caused by incessant rainfall that occurred since last Tuesday. Among the total tourists, 73 are foreign, and nine are domestic ones.

The roadways are disrupted due to landslides, so a helicopter was used for rescuing the tourists.

The tourists had reached the Manang district via the Annapurna trail. They also reached the Himalayan areas of Gorkha and Upper Dolpa.