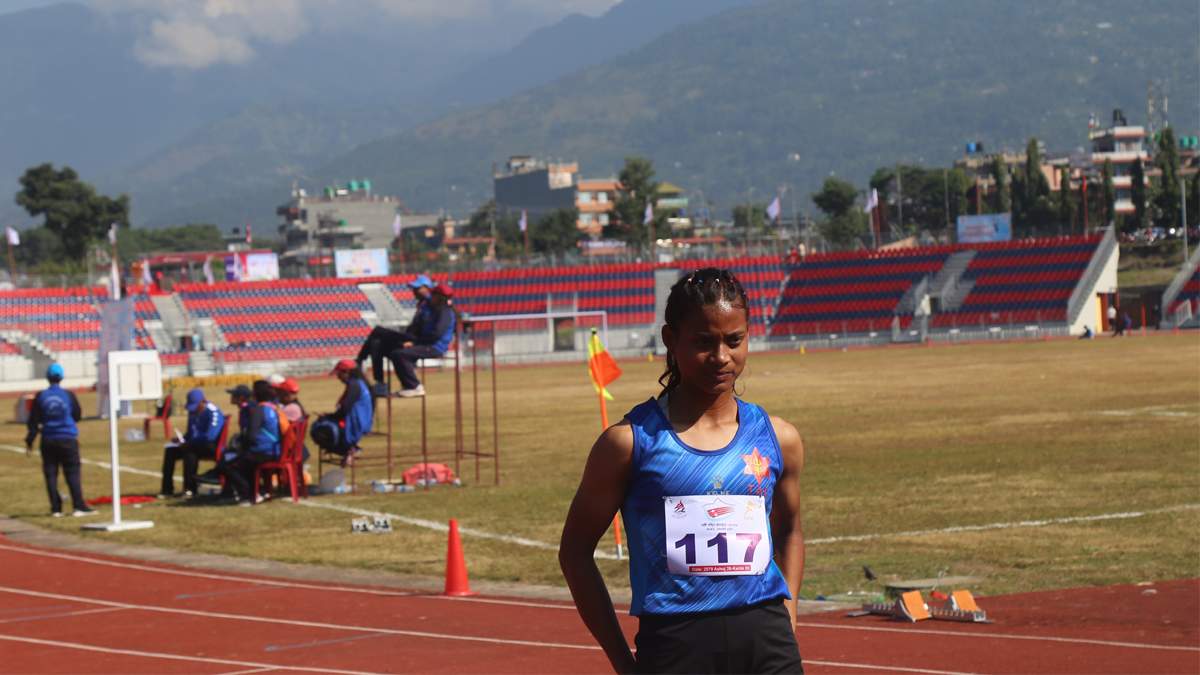 Jay Rani Tharu of Tribhuvan Army Club of the Nepali Army has set a national record in women’s long jump towards athletics under the Ninth National Games taking place in Gandaki Province.

Jay Rani clinched the gold medal with a jump of 5.58 meters in the match held at Pokhara Stadium, Kaski.

This is the third gold medal of Jay Rani in this ongoing Ninth National Games.