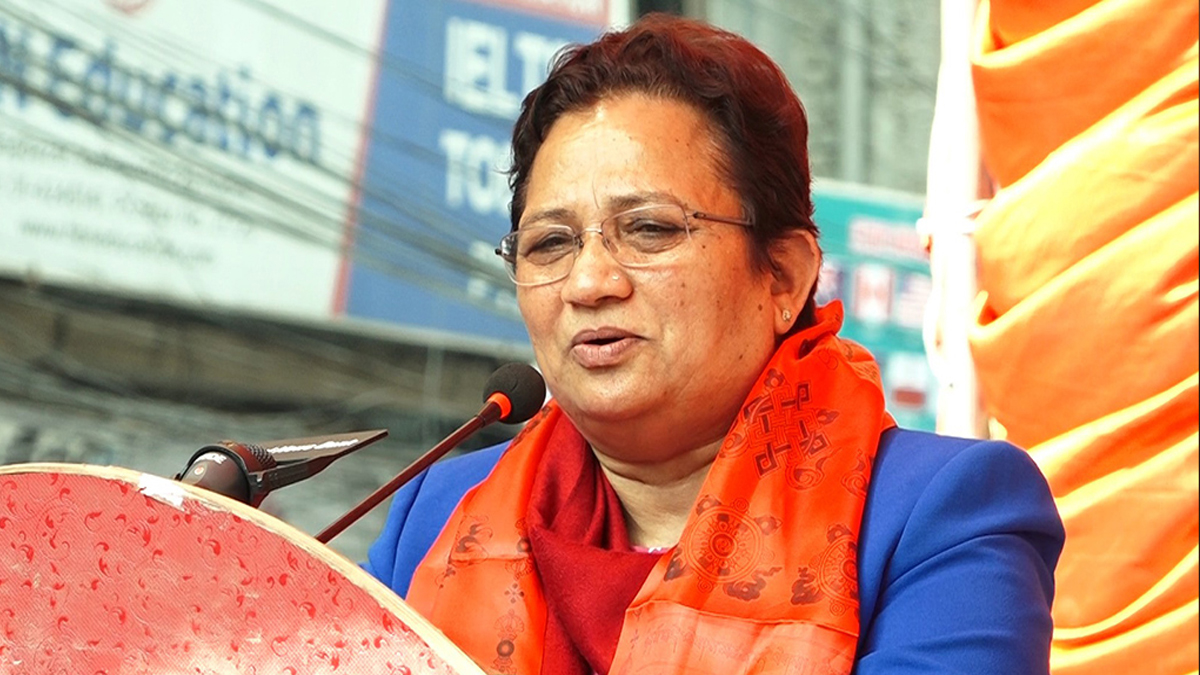 Minister for Energy, Water Resources and Irrigation, Pampha Bhusal, has said Lalitpur would be made prosperous by utilizing the available means and resources.

Stating that economic prosperity should be achieved by developing Lalitpur’s art and culture as well as promoting tourism, she added, “Backward women, indigenous people, and children should be brought into the mainstream of the state. Only then, prosperity will be achieved.”

Also the ruling alliance candidate for the House of Representative election from Lalitpur Constituency 3, Minister Bhusal shared, “Every household has a problem of semi-unemployment. The available means and resources and heritages should be utilized to contribute to national prosperity. The problem of unemployment would be gradually resolved.”

She informed that she filed her candidacy in three elections from Lalitpur as the constitution has the provision that a citizen who has met the necessary qualifications for the member of the House of Representatives can file his/her candidacy from any constituency.

The Energy Minister further said, “I have been doing active politics from Lalitpur for the past 40 years. No one needs to be confused about this.”

According to her, the incumbent alliance was formed for the protection of the federal republic and constitution. The candidates of the alliance should therefore be ensured victory in the election across the country for the stability of the country.