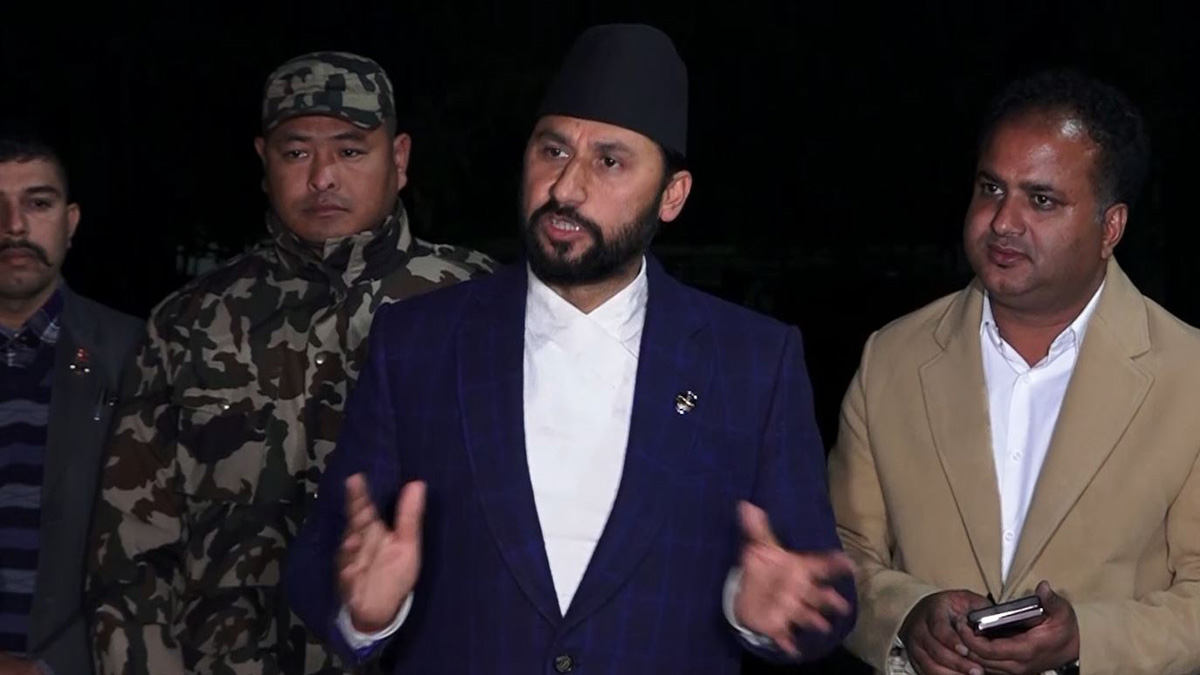 A high-level political mechanism of the ruling coalition partners has finalized the allocation of ministries.
The meeting held at the Prime Minister’s residence at Baluwatar on Monday evening finalized the ministerial portfolios to the ruling coalition partners, informed Deputy Prime Minister and Minister for Home Affairs Rabi Lamichhane.
“The issue of allocation of ministries to the parties has been finalized. But it would be made public only after discussion within the coalition partners tomorrow. Names of the ministers would also be made public on Tuesday”, he added.
According to him, the oath-taking ceremony has been set for 1.00 pm on Tuesday.
Earlier today, Prime Minister Pushpa Kamal Dahal ‘Prachanda’ and CPN-UML Chair KP Sharma Oli held an hour-long meeting on the agenda of cabinet expansion.
In the meeting, including the Prime Minister, 5 Ministers and one Minister of State will be received by the Maoist Center. Similarly, a leader said that there is an agreement that CPN-UML will take 8 ministries, Rashtriya Prajatantra Party and National Independent Party will take 3 each.
It is said that the power partner parties offered Jaspa 2 ministries, but he could not accept it. It is said that the Speaker and the President UML have decided to get the same.