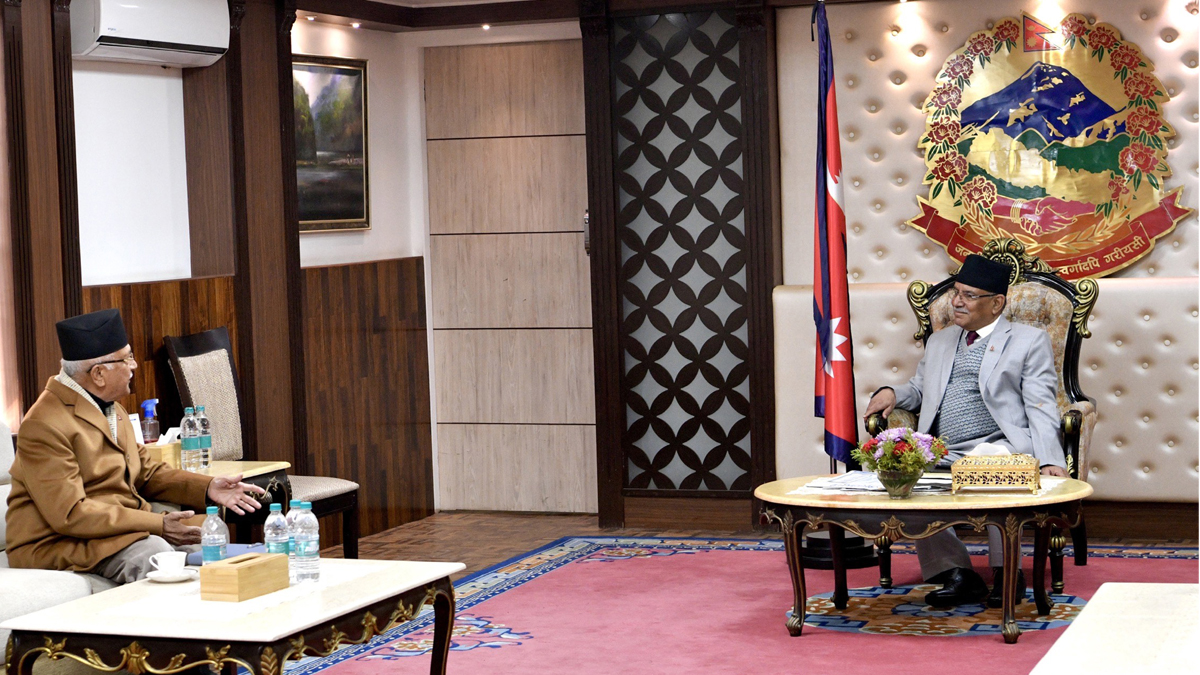 During the meeting held at the official residence of the Prime Minister at Baluwatar, they discussed on various issues including government expansion and government’s policy and programmes, said PM’s Secretariat.

A meeting of the main ruling parties held on Thursday had formed a taskforce under coordination of Chair Oli to draft the government’s common minimum programmes.

The taskforce has made preparation to formulate the government’s common minimum programmes within five days.