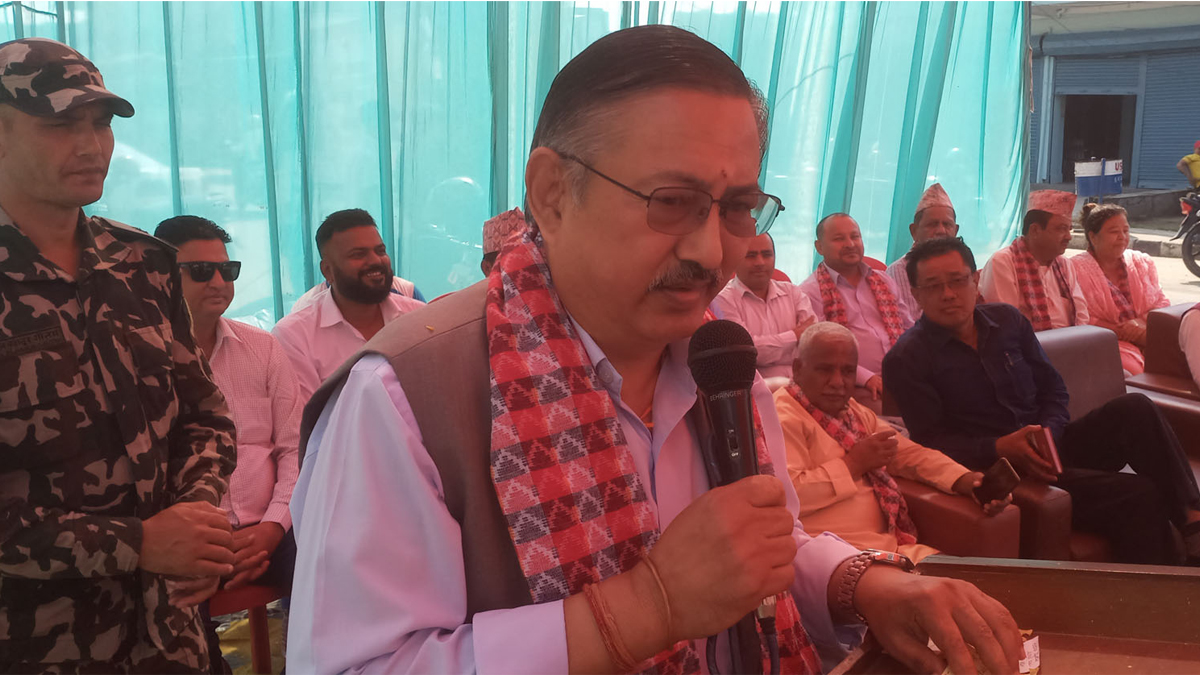 Home Minister and Nepali Congress leader Balkrishna Khand has claimed that the coalition-led federal and provincial governments would be formed after the upcoming elections.

He said that the coalition was necessary to keep peace and ease the livelihood of the people by building consensus at local, provincial and federal government levels.

Khand, also the candidate for the House of Representatives (HoR) member from Rupandehi, electoral constituency-3 on behalf of the five-party coalition, said this while inaugurating the election contact office at Siddharthanagar municipality-6.

“Key agendas of the country, for now, are peace, stability and development. The Nepali people should ideally receive the results of a republic following the establishment of a federal democratic republic. The main plan of the five-party coalition is to ensure consumption of these hard-earned results by the people”.

He further argued that the coalition was developed by forging consensus and collaboration among the parties bearing different ideologies for peace and stability in the country.

“The party which forms the government also formulates the country’s development policy”, he said, adding, “I appeal to all voters to support the five-party coalition for the development in the district and constituency”.

Those safeguarding the country residing along the border areas are the true nationalists, Khand said, adding that the coalition would not leave any stone unturned to honour such nationalists.

“The five-party coalition was formed to serve the nation’s interests”, he claimed. (RSS)