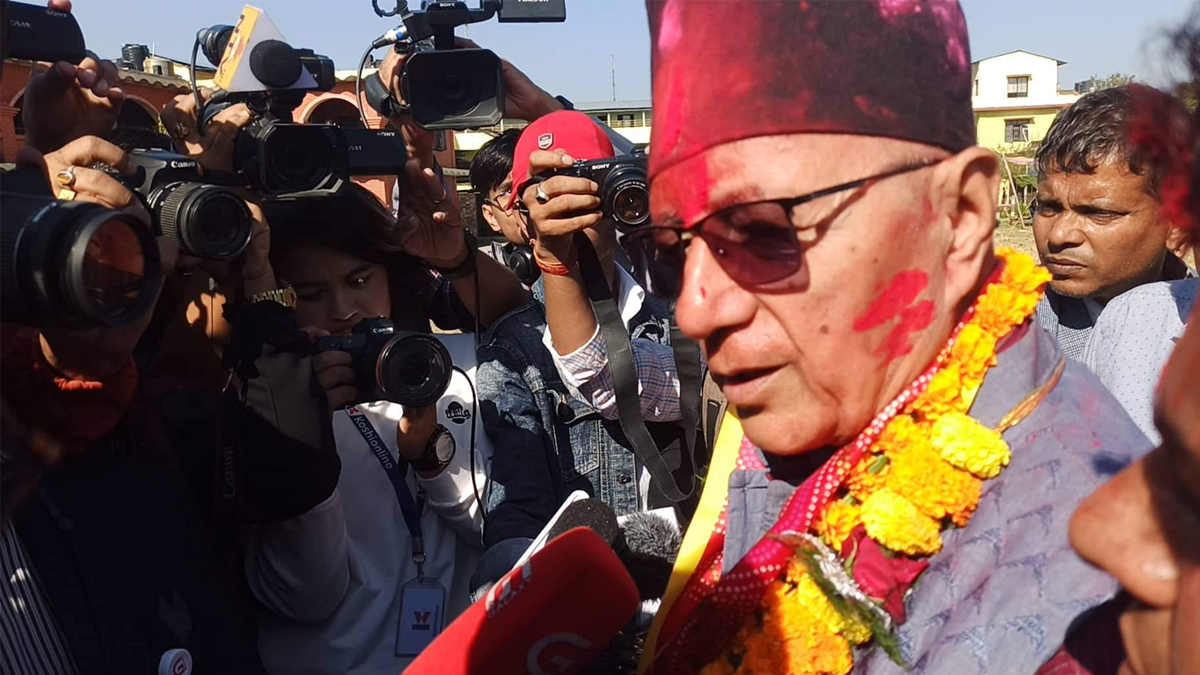 Nepali Congress leader and newly elected member of the House of Representatives Dr. Shekhar Koirala has stressed the need for putting good governance on high priorities for the development of the country.

The NC should prioritize good governance for the development of the country, he said talking to media persons after being elected the HoR member from Morang constituency 6.

On election results, he said, “Vote count is underway. It is too early to predict poll results.” There is a need for experienced faces alongside the energies of the new generations in running the country, he viewed.

In the recently concluded elections to the HoR and the Province Assembly, he defeated CPN (UML)’s Lal Babu Pandit by a wide margin of 12,278 votes. He got 35,224 votes while Pandit 22,946. He contested from the ruling alliance.