Kheu Baraha Lake in Baglung overshadowed in lack of publicity 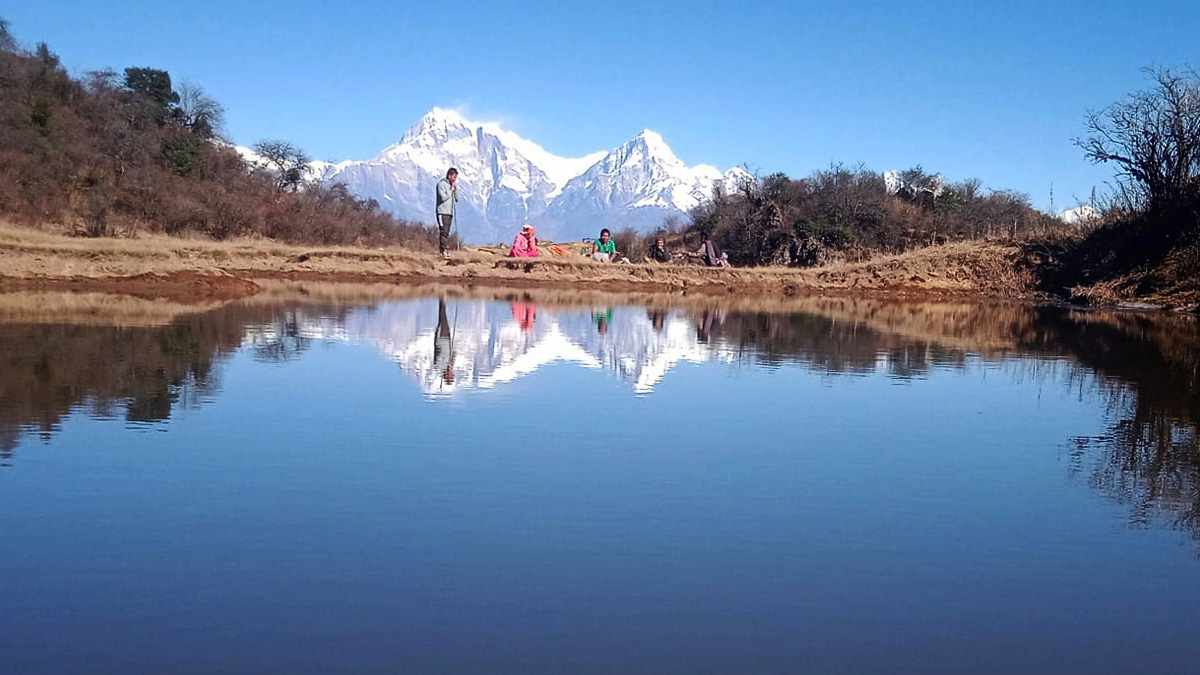 The Kheu Baraha Lake at Tarakhola rural municipality-3 in Baglung district has been overshadowed in lack of publicity.
The Lake situated at 3,100 metres above the sea level offers a stunning view of various mountain ranges. The Lake offers views of mountains such as Dhaulagiri, Machhapuchchhre and Annapurna among others and Myagdi, Gulmi, Arghakhanchi among other districts are also visible from this Lake.
The Lake, possessing tremendous tourism potential, has not been able to draw visitors in lack of trekking trail and motorable road, said Krishna Athare Magar, a local resident.
“Tourism activities would grow if physical infrastructures were built along the way that leads to the Lake,” he opined. Another local Niraj Bagale shared that they were publicizing the Lake and were launching a conservation campaign to conserve and promote the natural water body.
The local level had allocated Rs 400,000 for the conservation of the Lake, Bagale informed, adding that the Gandaki Province supported the cause this fiscal year.
Maintenance works could be undertaken with Rs 1 million provided by the Gandaki Province for the conservation and promotion of the Lake, said Lake Conservation and Development Programme Officer, Rana Bahadur BK.
According to him, three Lakes were being conserved in Baglung this year including Kheu Baraha Lake at Tara Khola.
Tarakhola rural municipality vice-chairperson Bhim Bahadur Roka pledged to formulate policy to conserve and promote lakes and religious sites at this local level.