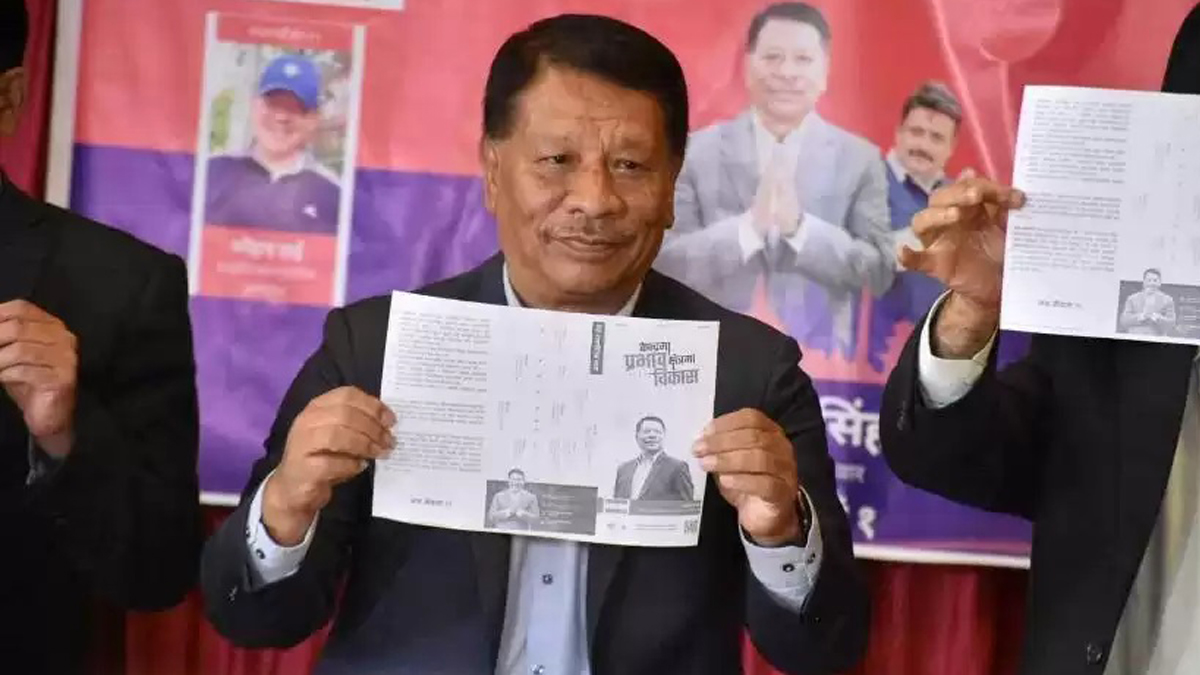 Nepali Congress leader Prakash Man Singh, who is also the election candidate from constituency-1 of Kathmandu on behalf of the ruling alliance, has made public the election manifesto and intensified campaigning.

At a press conference, leader Singh said he fielded his candidacy as per people’s aspirations in the area. It is the fourth time he is requesting for votes to him, setting the slogan, ‘Influence in centre, development in constituency’. He made a commitment that he would honestly fulfill people’s mandate once he was elected.

“I have already become Vice President of the party and Deputy Prime Minister as well. So, I have the capacity to influence in the centre and forward development in the constituency,” he said, building an argument for his candidacy. Leader Singh also reminded that country got a constitution under NC’s leadership and it is being institutionalized.

According to him, it is imperative to vote for candidates of the ruling alliance including the Nepali Congress. He shared that he had planned to ensure quality education, establish laboratories at ward-level health facilities, and create jobs.

He also emphasized the importance of technical education for job creation.