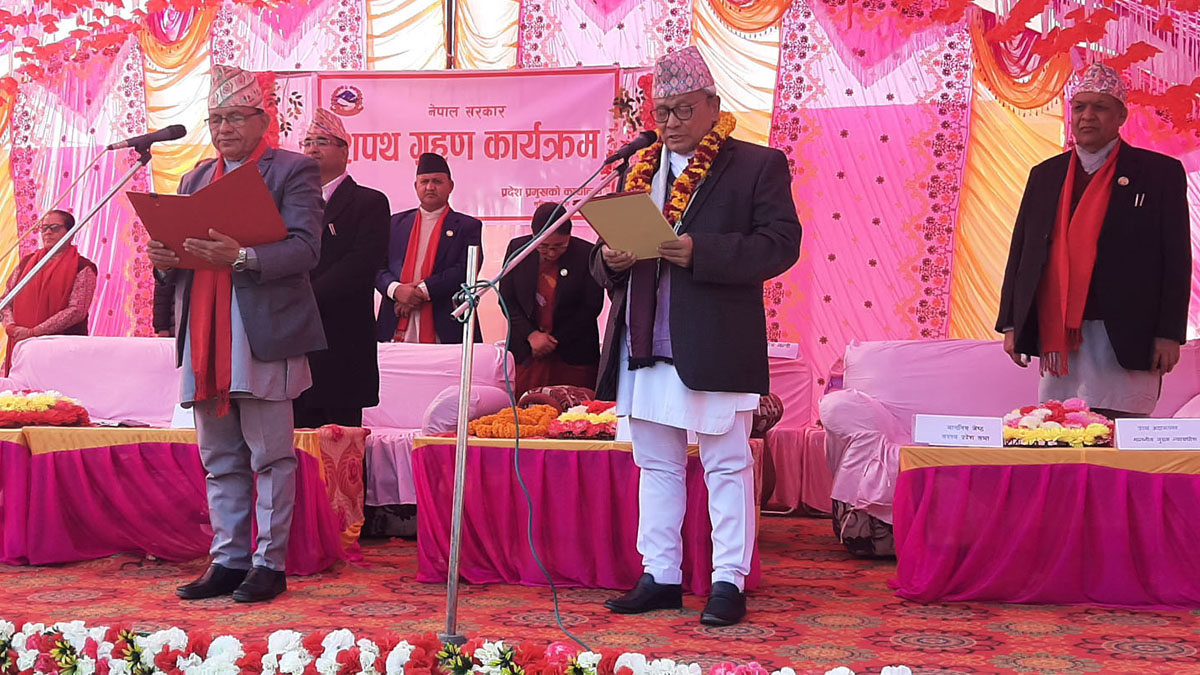 Chief Minister of the Lumbini Province Leela Giri has taken oath of office and secrecy on Thursday afternoon.

At a programme organized in the Deukhuri Valley, the headquarters of the Lumbini Province, Province Chief Amik Sherchan administered the oath of office to Chief Minister Giri as per Article 172 of the Constitution of Nepal.

Likewise, Chief Minister Giri appointed Chet Narayan Acharya and Krishna KC as the ministers of the Lumbini Province as per the Article 168 (9) of the Constitution of Nepal. The newly-appointed ministers were also sworn in by Province Chief Sherchan.

Assuming his office, Chief Minister Giri said that the previous Province Assembly decided to establish the province capital in Deukhuri and the new government would expedite the steps for this process by maintaining the natural beauties of the Rapti Valley. He also promised to work to give a sense of change in the livelihood of people in the province, by working to materialize the theme of ‘prosperous province: happy people’.

Likewise, the first meeting of the newly-formed cabinet of the province has determined the province government’s priorities for ‘Prosperous Lumbini, Self-Dependent Province’, the Spokesperson of Lumbini Province Government Chet Narayan Acharya said.
Acharya said that the cabinet meeting also decided to downsize the number of ministries to 12 from 13.