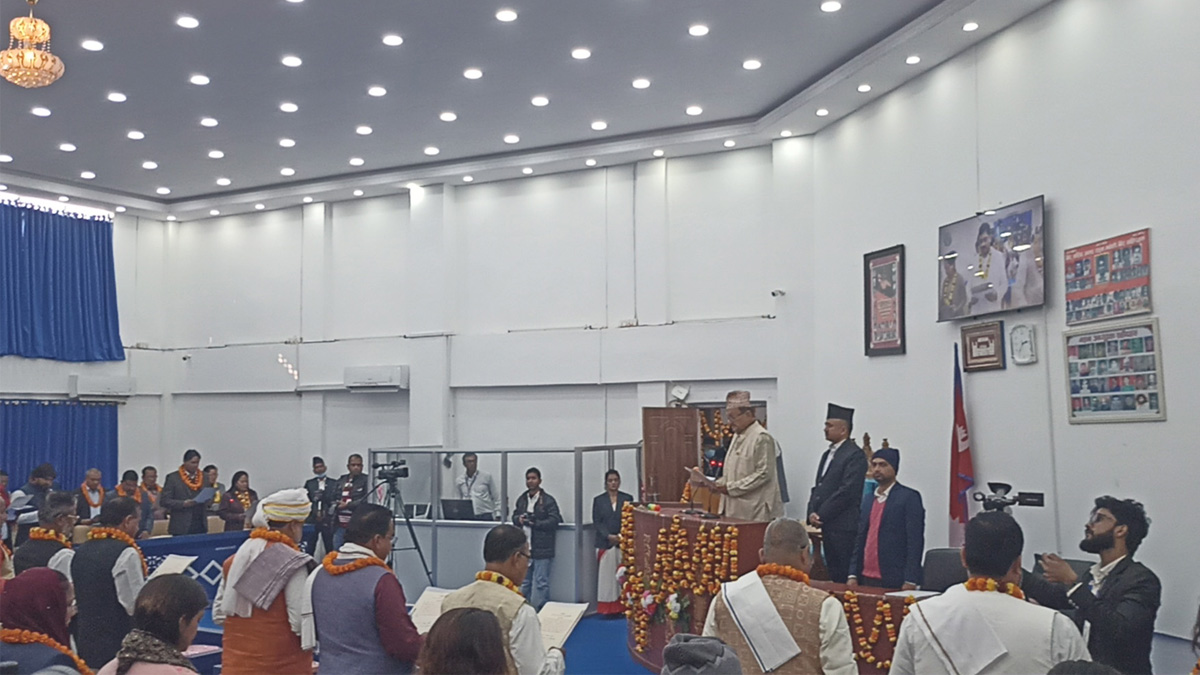 Newly-elected members of the Madhes Province Assembly took oath of the office and secrecy on Friday.

At a function held at the Madhes province assembly building today, senior-most member Govinda Bahadur Neupane administered the oath of office and secrecy to the newly-elected members.

In accordance with the provisions specified in the Article 182 (5) of the Constitution and the Clause 75 of the Province Assembly Election Act, 2074 BS, the members took the oath of office and secrecy from the senior-most member chairing the assembly.

Earlier, Neupane had taken the oath of office and secrecy from Province Chief Hari Shanker Mishra on Thursday.

Only 104 out of 107 members of the province assembly took the oath today. A case on the dispute of cluster of two province assembly members is under consideration at the apex court. Two members were not sworn in as per the directive of the Supreme Court, it is shared.

The province assembly having representation from 10 political parties and five independent persons has 23 members from the CPN-UML, 22 from the Nepali Congress, 16 from the Janata Samajwadi Party, 13 from the Janamat Party, nine each from the Loktantrik Samajwadi Party and Maoist Centre and seven from the Unified Socialist.

Likewise, Nepal Federal Socialist Party, Rastriya Prajantantra Party and Nagarik Unmukti Party has one each member in the province assembly.

It may be noted that the province assembly members took oath of the office in different eight languages.