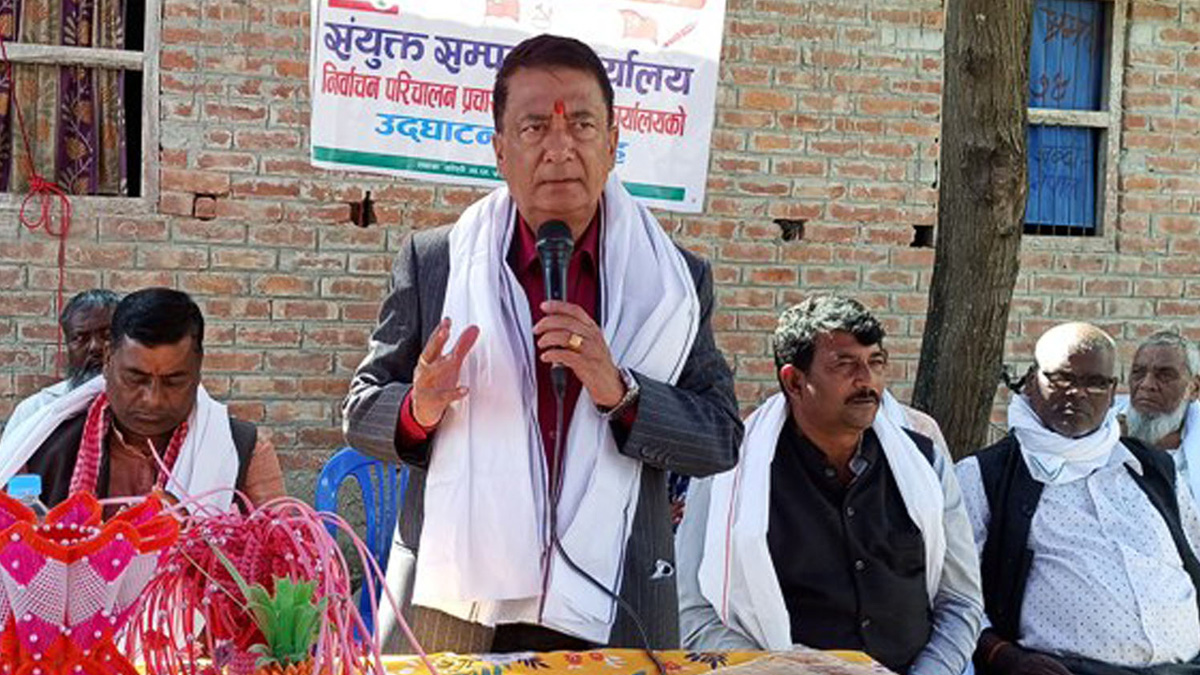 Government Spokesperson and Minister for Communications and Information Technology Gyanednra Bahadur Karki has said the commitments made by the Nepali Congress-led government would be fulfilled.
In his address to a programme organised by the left-democratic alliance at Koshi rural municipality-5 in Sunsari today, he said this.  The NC leader went on to say that the NC candidates were determined to live up to the promises they made before the people.
Free medical care to children below three years of age and to people above 73 for all sorts of health issues, and old-age allowance above 65 are among those promises made by the NC to the people and they would be strongly implemented if it got a victory in the elections.
He urged all voters to vote the alliance candidates during the voting for twin elections taking place on coming November 20 simultaneously.
A joint office of the alliance was inaugurated on the occasion.